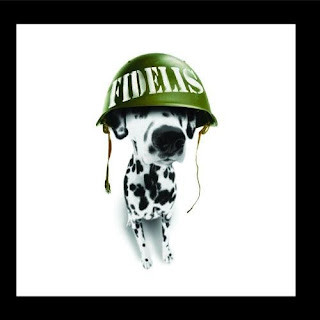 Probably best known for his 1979 live album, Live! Go for What You Know, Pat Travers has ridden a roller coaster on his thirty year career that saw him without a label by the end of the 1980’s, finding a niche in the blues market, and steadily releasing albums of blues and guitar rock acclaim from his musical peers, fans, and music critics alike, but have never quite realized the commercial success that they deserve. With a loyal following (the Hammer Heads), Travers continues to record and tour, and remains an influence for a whole generation of guitar slingers.


On 2010’s Fidelis, Pat delivers a studio album of all new originals, a top-notch rock effort where the blues influences abound. Travers pulls out all the stops on this outing, with infectious tunes throughout. Great music; great lyrics; not a weak song on the platter. After more than 35 years in the business, Pat still knows how to play powerful rock tunes without using technology as a crutch.

Travers is joined by his touring band: Kirk McKim on second guitar; Rodney O'Quinn on bass; and Sean Shannon on drums. Pat and the band play with passion, delivering a live feel that is not over-produced or computer-augmented.

Classic rock and blues rock fans need to grab this album. While you can get it from Amazon, they’re offering a CD-R with very limited packaging. You can buy directly from Alexus Records to receive a nice 12 page booklet complete with lyrics and all credits.

But I’d encourage you to look at http://www.pattravers.com/ and check the tour dates. If Pat is going to be playing near you, go see him live. His band on the album is also his touring band, and the show is excellent. You can buy the CD there and have him sign it!