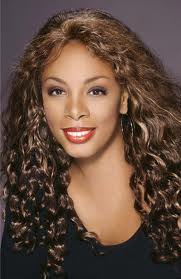 2012 has seen too many passings in the music world. Most recently, disco queen Donna Summer lost her struggle with cancer Thursday at age 63.

When I was in high school in the seventies, you were either rock or disco, and the two camps were like the Jets and the Sharks-the worlds were segregated.

However, "Love To Love You Baby" had a way of connecting with teenage boys.

I'd say it was due to a catchy hook, but who would I be kidding-it was the sexy moans and suggestive lyrics that triggered adoloescent fantasies.

Heck, if I were to listen to it now, it could probably trigger a daydream or two!

When I was old enough for the clubs, her music was inescapable, as well. She continued to release songs that charted on Billboard's dance charts into the new millenium, as recently as October 2010.

If you ventured onto dance floors over the last thirty-five years, you probably danced to the music of Donna Summer. It's a shame she is no longer with us.