BRIGHT LIGHTS, WHAT THE HECK HAPPENED? 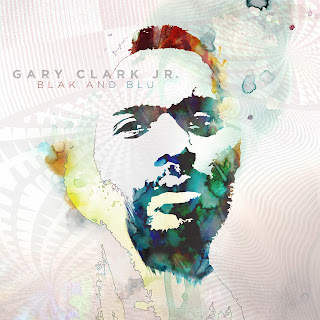 After having teased us for so long with the Bright Lights EP, Gary Clark Jr drops Blak and Blu, his first full-length proper album.

Sadly, in his attempts to appeal to a broader audience, the long awaited full length disc is a tangled genre-bending affair that slides back and forth between blues, slickly-produced pop and urban music. If you liked the EP, some songs will certainly appeal to you, but about half of the album sounds to me to be a bid for radio airplay and commercial success.


I am not judging Clark for wanting commercial success,  but the result, while well done, does not work together well as a cohesive album. This album makes a strong argument for downloads. The thirteen songs, a potpourri of different genres, does not appear to have put together with continuity or much of a running order in mind.


What was great about Bright Lights was Gary’s amazing guitar playing and clean mixes, as opposed to this collection, heavily produced with many backing tracks and a little too much of everything.
While Gary is first and foremost a blues artist, with this album he is marketing a more accessible style of music, more reminiscent of a Bruce Springsteen album than someone who has the chance to be this generation's Hendrix.


Having listened to the EP extensively, my expectations for this album may have been set too high. There are tracks on this album very much worth listening to, and new listeners will probably be impressed by the skills on display. For me, the album falls victim to the heavy handed production and pop-radio influences.


The variety does showcase Gary as a multi-talented artist, and there are some great songs here but instead of trying to appeal to every taste Clark shoud stick to the formula that got him here.