BACK ON DRY LAND AGAIN

Part of the reason I took a break from blogging was that I had a second cruise smack dab in the middle of April that was going to make the month too hectic for the A to Z event (and I really was feeling stale with the reviews). 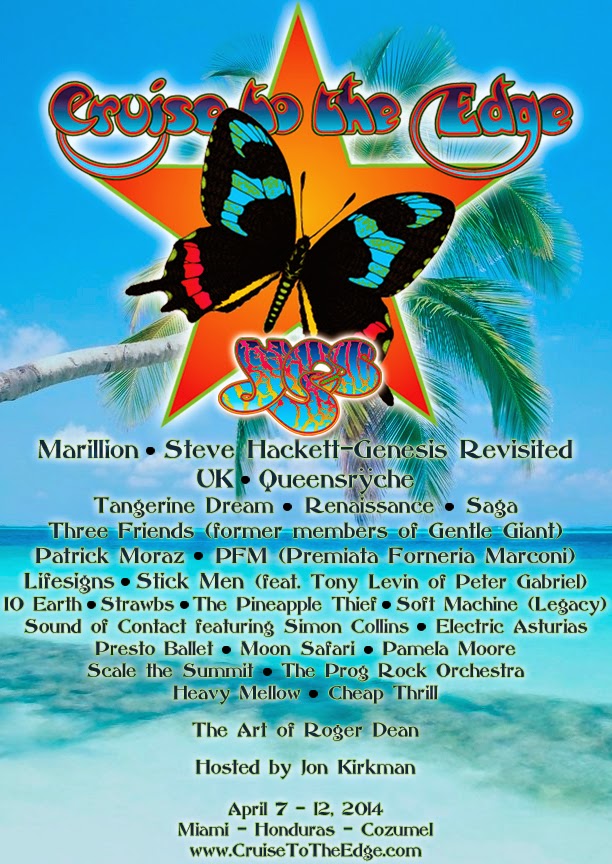 Cruise To The Edge was a lot of fun, although not as well executed as the prior cruise, which was a bit surprising considering it was in its second year.

The ship was bigger, and there were probably twice as many passengers.

For the environment, the ship was pretty similar, although I thought Norwegian beat MSC for customer service.

The staff were friendlier, the buffet time restricted with a far limited selection, and the ship's communication was horrible.

Norwegian posted scheduling changes by the elevator banks, and MSC expected you to go to the sixth floor concierge to ask about them. They had an electronic schedule that was in all elevators and all over the decks, but I guess the technology to update a calendar on a computer has not been invented in Italy yet.

I am even less impressed with the Cruise To The Edge team (who also run Monsters of Rock and The Moody Blues cruises).

The organization of the concerts was awful. And that is being nice.

Most of them started late (I do not remember that being an issue at Progressive Nation At Sea), a few more than an hour late. 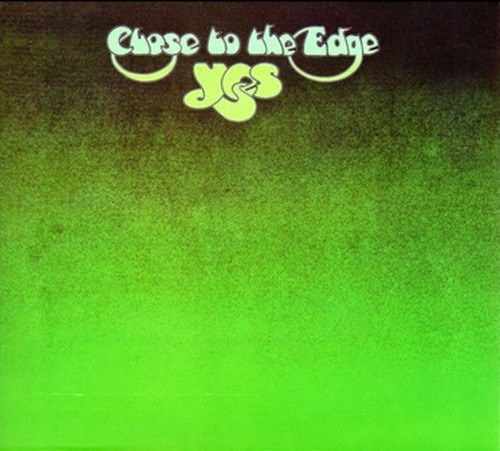 The headliners (Yes, Marillion, Hackett, UK) were in a theater similar to the one on the Pearl, but you were given a color-coded lanyard (blue or pink) and could only go to the show of your color.

You also were assigned a seat, with the VIP cabins getting the first ten rows, and the rest of us peasants being assigned seats in the order booked.

And yet, during the shows, there were empty seats all over!  For the last two nights they started letting people take the empty seats, with the VIP's getting first dibs.

Being a VIP was a big deal on this ship-they had a couple of private concerts, a private restaurant, prioriy seating....they paid twice as much but their butts got well-kissed.

There were several scheduling conflicts attributable to this process.If you had a pink lanyard (I did), IOEarth was scheduled to play at the same times as the Yes and Hackett shows, so you basically could not see them unless you bailed on one of those. Needless to say, I missed IOEarth, and was very disappointed.

We got rain on Tuesday. Presto Ballet was scheduled for a 12 noon start, and the staff ordered the crowd to clear the pool deck at 12:30.

I went back to my room, and when I got to the Renaissance show at 2pm, was told that Presto Ballet had played at 1:30.

No communication of the change.

Same thing happened that night-Queensryche went on at 8:25 (for their 8pm show) although we were told all pool shows were cancelled. I caught it because I'd eaten dinner late.

Because of the Presto Ballet schedule change, I would have had to skip UK to see their other performance. I ended up leaving UK after 45 minutes to catch the last 45 minutes of PB.

I was lucky enough to see Moon Safari's first show (because of all of the schedule changes), but wanted to see the "blue" Marillion performance and skipped Moon Safari's second show.

Marillion started over an hour late, so I probably could have seen most of the second Moon Safari performance.

I did not mind that the weather caused schedule changes, but I was pissed that the schedule had conflicts because of the blue/pink groups-I was able to see everyone at least once on PNAS.

The bands were great. I could have passed on Yes, having seen the show last summer (and already having a ticket to a show in August), Hackett was remarkable, Moon Safari...WOW.

UK was just so-so....as much as I love Wetton's voice, Jobson kept talking about "the history of the band," and let's face it-it was a side project four decades ago.

That's what swayed me to leave UK early to catch Presto Ballet-they are a band with a history and a future.

Saw both Queensryche shows-not bad, but would have rather seen them playing "Mindcrime" with Geoff Tate fronting. Saw both Renaissance shows, and that was a neat trick. Caught a few minutes of Stick Men on my way to something...unusual live performance.

Patrick Moraz was also one who started an hour late so I left his show as he started to catch Three Friends. Their show was in an odd-shaped lounge, and was so crowded I could not see them, but they sounded great.

I was able to see all or part of 21 concerts-fewer than on PNAS although the cruise was one day longer. I could have seen more had it not been for the lousy administration of the event.


Don't get me wrong-I had a good time and I am glad I went. But the Progressive Nation cruise set a high water mark (pun intended) that Cruise To The Edge did not come close to.


Going on a cruise is a luxury, going on two was a one-time event.

Lowlights-the poor execution by the Cruise To The Edge people.

Chances I'd pick one of the three cruises this management team puts on for a vacation next year?

Remember when I said I'd be taking April off from posting?