I'd thought I would sit this one out since I was going to be away. But since I find myself in my hotel room with some time to kill between visiting my folks and some old friends (I better change that to longtime friends sice I'm older!) I thought I would submit an "unplugged" list (the list without much commentary).

STAR TREK (THE ORIGINAL SERIES)  It just isn't Star Trek without Kirk violating the prime directive and chasing a green alien in a skirt!

KOLCHAK:THE NIGHT STALKER Darren McGavin in cheap suits chasinh vampires and werew1olves and endin g up unable to print the truth because he destroyed the evidence! 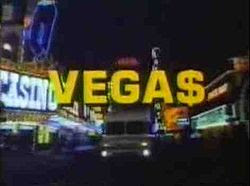 VEGA$ It doesn't hold up well, but I've still got the hots for Bea!

THE A-TEAM A character study, with deeply introspective scripts and who am I kidding? George Peppard and Dirk Benedict was good casting, Mr. T was a stretch but Dwight Schultz made the show as Murdock. Even in the years where it was getting tired the Murdock character made you laugh.

MAGNUM P.I. A great cast, and a pretty solid series from beginning to end. They did a series finale at the end of the seventh(?) season and came back for another year. That episode should have been held for a year-it's the television equivalent of Warren Zevon's song, "My Ride's Here." It should have been the last word.

SPENSER FOR HIRE I'd never read Parker's books before the series, but the show made me a lifelong fan. Avery Brooks as Hawk was genius casting. Sadly, RBD died earlier this year, so only two more Spenser books. RIP, Robert B. Parker.

HIGHLANDER Loved the movie and the show was far better than the movie sequels. The second season introduced the secret society of Watchers and kept things interesting, although every time they had a two part episode, part one was riveting and part two was a letdown. I hear they're remaking the original-not sure if that's a good thing. 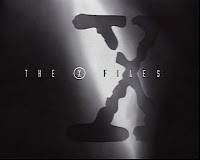 THE X FILES Chris Carter's show about the government/alien conspiracy. Not to be confused with what is going on in Arizona in 2010... 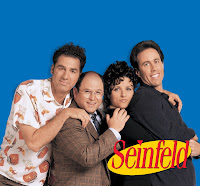 SEINFELD The show about nothing was the only comedy of substance!

SUPERNATURAL The 2000's version of Night Stalker, with a great rock music soundtrack and a subplot that sounded silly at first but kind of drags you in. They lose points for going to six seasons when they swore there would only be five.

Alias-La Femme Nikita on steriods, with a big network budget, better scripts, Jennifer Garner (schwing!) and a serialized storyline involving a DaVinci like inventor and centuries-old clues to a mysterious technology.

Buffy The Vampire Slayer-when you stop.laughing, rent season one and see if you don't get hooked.

Firefly-A great space epic, only lasted one season, should have found an audience.

The Adventures Of Brisco County Jr.-a blend of western and sci-fi with a lot of tongue in cheek humour, and the beautiful Kelly Rutherford as Dixie.