MUSIC IS NOT SOFTWARE-MUSIC IS ART (PART 2) 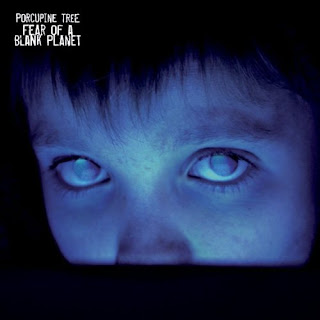 Yesterday I posted an article from the New York Times last spring discussing sound quality in music. Below is a response written to the paper by Steven Wilson, best known as the founder, lead guitarist, singer and songwriter of progressive rock band Porcupine Tree. He is involved in many other bands and musical projects both as musician and producer (including No-Man and Blackfield) and also maintains a solo career.
Wilson is a self-taught producer, audio engineer, guitar and keyboard player, playing other instruments as and where required (including bass guitar, concert harp, hammer dulcimer and flute). His most recent production projects include DVD-Audio remixes of the King Crimson catalog, as well as a DVD-A mix of the new Anathema CD.
Without further ado, here is his letter...


To the Editor:
“In Mobile Age, Sound Quality Steps Back” (Business Day, May 10), about the degradation of sound quality in the MP3 era, touches on a central concern for musicians like me, who feel that a song’s chief virtue should not be its ease of portability. There is an art to listening to music, and the move to jukebox-style delivery of songs in MP3 form has largely compromised that art for a generation of fans.

I remember listening to music on vinyl, poring over the sleeve, looking at the lyric sheet, even following the needle across the record.

There was something in that magical, romantic, tactile relationship with the album that has been lost by the reduction of music to content.

Music is not software; music is art. But I’ve been encouraged by the growing revolt against that iPod culture and playlist mentality.

Kids at shows come up to me to have me sign their vinyl.

They want to feel as if they’re buying into something they can cherish and feel a part of. And you simply can’t do that downloading a few files. 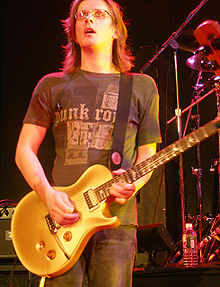 Progressive rock couldn’t have been more unfashionable when Steven Wilson formed Porcupine Tree in the U.K. more than 20 years ago. He knew then that the chances of sustaining a career based on prog-rock ideals were pretty slim.

“I started in the ‘80s, which was the worst possible time to make the music I make,” he says. “The idea of guitar solos was anathema, it was outlawed. And here I was making 20-minute pieces with 13-minute guitar solos. So having any degree of success, let alone a fan base, was the furthest thing from my mind.”

And yet Porcupine Tree has not only endured but flourished, with a steadily growing worldwide audience sparked by a series of ambitious albums that blend everything from metal to ambient music.

Wilson knew he wanted to make progressive music since he was a kid, and he remains resolute in pursuing his dream. But his definition of “prog” might surprise some purists. Though he loves originators of the genre such as King Crimson and Yes, Wilson casts a much wider net stylistically.

“Growing up in the ‘70s, I would hear my mother constantly spinning Donna Summer albums produced by Giorgio Moroder, which included 17-minute tracks like ‘Love to Love You Baby,’ ” he says. “And my father listened to [Pink Floyd’s] ‘Dark Side of the Moon’ repeatedly. Those records became my cornerstone.” 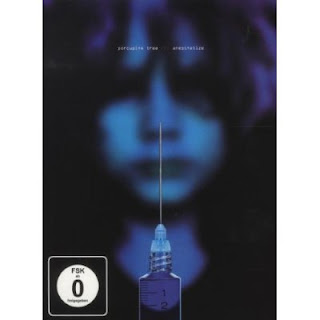 He got swept up in music that aspired to push beyond the boundaries of the three-minute pop single.

“People talk about progressive rock as pompous, fussy, obsessed with technique, but the only thing the best progressive rock bands had in common was ambition,” he says. “They risked falling flat on their faces because they were reaching for something beyond the obvious. People like David Bowie and Frank Zappa had that too. Where would Radiohead or Massive Attack be without it? They’re also in the progressive tradition in that like Yes, Pink Floyd or King Crimson, they concentrate on the album as an art form, treat the album as a musical journey that tells a story.”

Wilson has done just that throughout Porcupine Tree’s two-decade output, including the 2009 release, “The Incident,” which includes the 14-part, 55-minute title track.

“The idea was to challenge myself to write music in the way an author writes a novel or a scriptwriter does a movie,” he says. “Start at the beginning and take it to the end in a more linear, narrative way. Allow the story or characters in the story to dictate how the music unfolded. My records growing up had something more than just 10 songs thrown together. There was a vision for something greater and the album became more important than the individual song – that’s what I’m all about.”

Such evolved story-telling needs a listener every bit as intense and committed as the musician who tells it. It’s a crucial relationship between artist and fan, the foundation of progressive rock’s enduring appeal, even as Wilson believes it’s being undercut by advances in technology. 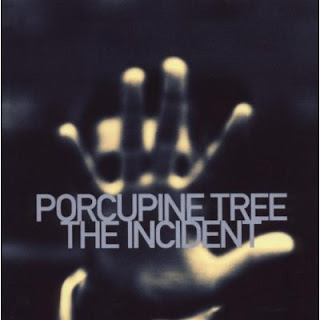 “I do believe there is an art to listening, but it’s being compromised,” he says. “The music media we have is very convenient, the iPod and the MP3, but the quality of experience is quite low.”

“I remember listening to music on vinyl, poring over the sleeve, looking at the lyric sheet, even following the needle across the record. I realize that’s a rose-tinted view, but I do believe there was something in that magical, romantic, tactile relationship with the album. It’s been lost by the reduction of music to content. Music is not software, music is art.”

Porcupine Tree’s steadily growing fan base argues that Wilson isn’t the only one who thinks so.

“It tells me I’m not alone,” he says. “Vinyl sales are rising not just because people my age are feeling nostalgic, but because kids are getting into it.”

“One of the interesting things history tells us is that for every action there is an opposite reaction. And with the current trend toward convenience, there is a reaction against that. People are looking for something more organic and special from music. “

“They come to our shows because they want something with more substance, a bit more epic, something less frivolous than downloading the latest Britney Spears single from MySpace.”

“And it’s not just music, but a general social trend. With this incredible influx of technology, there is a sense of people looking for something more soulful from their lives, something more real. Kids are getting bored with the idea of computers and cellphones. And what do kids do best? They rebel. They rebel against the norm, and the norm is download culture.” 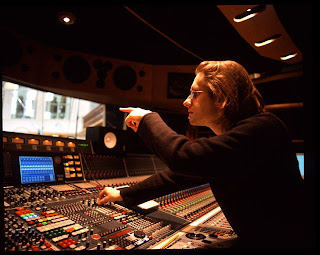