WHERE THE STARBUCK'S USED TO BE

JOHN WESLEY HARDING:
THE SOUND OF HIS OWN VOICE 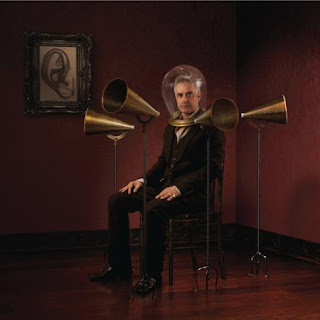 19 albums into his career, John Wesley Harding delivers The Sound of His Own Voice.


Now that he’s living a double life as a musician and a novelist (having published 3 books under his given name, Wesley Stace), Harding leaves his serious side on the printed page. While his tenth studio album, shows he still has a point of view and no shyness about expressing it, from a musical standpoint, this is one of his most engaging pieces of pop songcraft since he burst onto the scene with Here Comes The Groom way back in 1989.

Recorded at the Type Foundry in Portland, Oregon, the album was produced by Harding and Scott McCaughey (The Minus Five, R.E.M., Young Fresh Fellows) and mixed by Tucker Martine (My Morning Jacket, The Decemberists, Spoon).

The results are beautifully crafted and entertainingly eclectic, encompassing jaunty folk-rock and nervy rock & roll with R&B underpinnings. It's fitting that the album is bookended by tributes to songwriting and music, as clear that Harding is having the time of his life writing and playing on this collection. The production and arrangements are expansive without being overbearing.

Sharp words and bright and poppy music abound, his clever wordplay appearing honed by his recent literary efforts. Songs like "There's a Starbucks (Where the Starbucks Used To Be)," are irresistable, and rarely do you see a songwriter embrace vocabulary with lines like: "They're as sharp as Occam's razor/as subtle as Aquinas/They define us and refine us with their beta-query-minus."

Harding seems to have gotten better at making records now that he’s doing it as a sideline. This album is stronger in every respect than the last, and may be one of the most satisfying albums of his career.

THE WAY WE WEREN'T

SING YOUR OWN SONG

I SHOULD HAVE STOPPED


THE WORLD IN SONG