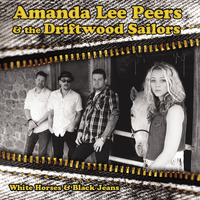 Those lucky fans in the northeast who have been to a Driftwood Sailors show probably find themselves grasping for the right words to describe exactly what you’re hearing.

As winners of a local music competition, they opened for Bruce Hornsby and the The Noisemakers at the 2012 concert series Party in the Park.

Take a cup of Robert Plant, sift it with a bit of Amy Winehouse, and blend it all with essence of Rolling Stones, and you'll get a feeling of what this up-and-coming band tastes like. 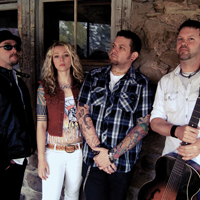 Amanda Lee Peers is a powerhouse whose voice echoes the haunting soul born in the swamps of Mississippi.

Peers sports the blond locks and sassy attitude of a pop star, along with a voice that stops people in their tracks.

The chemistry in the rest of the band is undeniable, presenting a first class complement to Peers.

With songs firmly rooted in the music legacies of Appalachia to the Delta, the Driftwood Sailors leave no genre off limits, creating limitless possibilities in their approach to developing song ideas.

Peers' soulful vocal style is highly memorable, and this album finds her at the top of her game. The musicianship of the band is superior; they play together like they've been doing it all their lives.

A solid debut from a band I look forward to hearing more from.