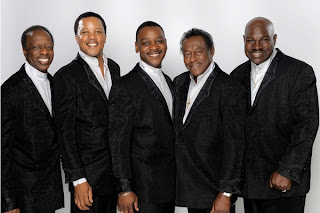 More sad news from the world of music. Bobbie Smith, lead singer for the Detroit soul group the Spinners, died this weekend following complications from flu and pneumonia.

He was 76, and had been diagnosed with lung cancer in November.

Smith joined the group in 1956 when they were known as the Domingoes, a name they soon changed after constant misspellings.

It was Smith, a life-long car buff, according to The Detroit Free Press, who suggested the "Spinners," a nickname for top-notch hubcaps.

The band scored their first hit in 1961 with "That's What Girls Are Made For," and went on to spend a few years on the Motown label where they achieved only minimal success.

In 1971, the group signed with Atlantic records on the recommendation of Aretha Franklin, and Smith went led the Spinners on hits including "I'll Be Around," "Could It Be I'm Falling in Love" and "Games People Play."

Over the course of their career the band accumulated numerous gold records and Grammy nominations, while in 2011 they were nominated for the Rock and Roll Hall of Fame for the first time.

"Bobby was a regular, down-to-earth, good-natured person, the kind of guy who'd give you his shirt," Henry Fambrough, the group's one surviving member, told the Free Press. "And ever since I've known him, he was just a natural showman."