Since their release in 1978, hit albums like Bruce Springsteen’s “Darkness on the Edge of Town,” Billy Joel’s “52nd Street,” the Doobie Brothers’ “Minute by Minute,” Kenny Rogers’s “Gambler” and Funkadelic’s “One Nation Under a Groove” have generated tens of millions of dollars for record companies. But thanks to a little-noted provision in United States copyright law, those artists — and thousands more — now have the right to reclaim ownership of their recordings, potentially leaving the labels out in the cold. 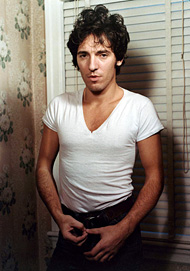 When copyright law was revised in the mid-1970s, musicians, like creators of other works of art, were granted “termination rights,” which allow them to regain control of their work after 35 years, so long as they apply at least two years in advance. Recordings from 1978 are the first to fall under the purview of the law, but in a matter of months, hits from 1979, like “The Long Run” by the Eagles and “Bad Girls” by Donna Summer, will be in the same situation — and then, as the calendar advances, every other master recording once it reaches the 35-year mark.


The provision also permits songwriters to reclaim ownership of qualifying songs. Bob Dylan has already filed to regain some of his compositions, as have other rock, pop and country performers like Tom Petty, Bryan Adams, Loretta Lynn, Kris Kristofferson, Tom Waits and Charlie Daniels, according to records on file at the United States Copyright Office.

“In terms of all those big acts you name, the recording industry has made a gazillion dollars on those masters, more than the artists have,” said Don Henley, a founder both of the Eagles and the Recording Artists Coalition, which seeks to protect performers’ legal rights. “So there’s an issue of parity here, of fairness. This is a bone of contention, and it’s going to get more contentious in the next couple of years.”

With the recording industry already reeling from plummeting sales, termination rights claims could be another serious financial blow. Sales plunged to about $6.3 billion from $14.6 billion over the decade ending in 2009, in large part because of unauthorized downloading of music on the Internet, especially of new releases, which has left record labels disproportionately dependent on sales of older recordings in their catalogs.

“This is a life-threatening change for them, the legal equivalent of Internet technology,” said Kenneth J. Abdo, a lawyer who leads a termination rights working group for the National Academy of Recording Arts and Sciences and has filed claims for some of his clients, who include Kool and the Gang. As a result the four major record companies — Universal, Sony BMG, EMI and Warner — have made it clear that they will not relinquish recordings they consider their property without a fight.

“We believe the termination right doesn’t apply to most sound recordings,” said Steven Marks, general counsel for the Recording Industry Association of America, a lobbying group in Washington that represents the interests of record labels. As the record companies see it, the master recordings belong to them in perpetuity, rather than to the artists who wrote and recorded the songs, because, the labels argue, the records are “works for hire,” compilations created not by independent performers but by musicians who are, in essence, their employees.

Independent copyright experts, however, find that argument unconvincing. Not only have recording artists traditionally paid for the making of their records themselves, with advances from the record companies that are then charged against royalties, they are also exempted from both the obligations and benefits an employee typically expects.

“This is a situation where you have to use your own common sense,” said June M. Besek, executive director of the Kernochan Center for Law, Media and the Arts at the Columbia University School of Law. “Where do they work? Do you pay Social Security for them? Do you withdraw taxes from a paycheck? Under those kinds of definitions it seems pretty clear that your standard kind of recording artist from the ’70s or ’80s is not an employee but an independent contractor.”

Daryl Friedman, the Washington representative of the recording academy, which administers the Grammy Awards and is allied with the artists’ position, expressed hope that negotiations could lead to a “broad consensus in the artistic community, so there don’t have to be 100 lawsuits.” But with no such talks under way, lawyers predict that the termination rights dispute will have to be resolved in court.

“My gut feeling is that the issue could even make it to the Supreme Court,” said Lita Rosario, an entertainment lawyer specializing in soul, funk and rap artists who has filed termination claims on behalf of clients, whom she declined to name. “Some lawyers and managers see this as an opportunity to go in and renegotiate a new and better deal. But I think there are going to be some artists who feel so strongly about this that they are not going to want to settle, and will insist on getting all their rights back.”

So far the only significant ruling on the issue has been one in the record labels’ favor. In that suit heirs of Jamaican reggae star Bob Marley, who died in 1981, sued Universal Music to regain control of and collect additional royalties on five of his albums, which included hits like “Get Up, Stand Up” and “One Love.”


But last September a federal district court in New York ruled that “each of the agreements provided that the sound recordings were the ‘absolute property’ ” of the record company, and not Marley or his estate. That decision, however, applies only to Marley’s pre-1978 recordings, which are governed by an earlier law that envisaged termination rights only in specific circumstances after 56 years, and it is being appealed.


Congress passed the copyright law in 1976, specifying that it would go into effect on Jan. 1, 1978, meaning that the earliest any recording can be reclaimed is Jan. 1, 2013. But artists must file termination notices at least two years before the date they want to recoup their work, and once a song or recording qualifies for termination, its authors have five years in which to file a claim; if they fail to act in that time, their right to reclaim the work lapses.

The legislation, however, fails to address several important issues. Do record producers, session musicians and studio engineers also qualify as “authors” of a recording, entitled to a share of the rights after they revert? Can British groups like Led Zeppelin, the Rolling Stones, Pink Floyd, and Dire Straits exercise termination rights on their American recordings, even if their original contract was signed in Britain? These issues too are also an important part of the quiet, behind-the-scenes struggle that is now going on.

Given the potentially huge amounts of money at stake and the delicacy of the issues, both record companies, and recording artists and their managers have been reticent in talking about termination rights. The four major record companies either declined to discuss the issue or did not respond to requests for comment, referring the matter to the industry association.

But a recording industry executive involved in the issue, who spoke on condition of anonymity because he is not authorized to speak for the labels, said that significant differences of opinion exist not only between the majors and smaller independent companies, but also among the big four, which has prevented them from taking a unified position. Some of the major labels, he said, favor a court battle, no matter how long or costly it might be, while others worry that taking an unyielding position could backfire if the case is lost, since musicians and songwriters would be so deeply alienated that they would refuse to negotiate new deals and insist on total control of all their recordings.

As for artists it is not clear how many have already filed claims to regain ownership of their recordings. Both Mr. Springsteen and Mr. Joel, who had two of the biggest hit albums of 1978, as well as their managers and legal advisers, declined to comment on their plans, and the United States Copyright Office said that, because termination rights claims are initially processed manually rather than electronically, its database is incomplete.

Songwriters, who in the past typically have had to share their rights with publishing companies, some of which are owned by or affiliated with record labels, have been more outspoken on the issue. As small independent operators to whom the work for hire argument is hard to apply, the balance of power seems to have tilted in their favor, especially if they are authors of songs that still have licensing potential for use on film and television soundtracks, as ringtones, or in commercials and video games.

“I’ve had the date circled in red for 35 years, and now it’s time to move,” said Rick Carnes, who is president of the Songwriters Guild of America and has written hits for country artists like Reba McEntire and Garth Brooks. “Year after year after year you are going to see more and more songs coming back to songwriters and having more and more influence on the market. We will own that music, and it’s still valuable.”

In the absence of a definitive court ruling, some recording artists and their lawyers are talking about simply exercising their rights and daring the record companies to stop them. They complain that the labels in some cases are not responding to termination rights notices and predict that once 2013 arrives, a conflict that is now mostly hidden from view is likely to erupt in public.

“Right now this is kind of like a game of chicken, but with a shot clock,” said Casey Rae-Hunter, deputy director of the Future of Music Coalition, which advocates for musicians and consumers. “Everyone is adopting a wait-and-see posture. But that can only be maintained for so long, because the clock is ticking.”