Since I just saw Styx open for Yes on 8/2, and since my review of their latest, Regeneration Volume II, is not quite ready, I thought I'd reprint this post from The Comet.

Styx’ Tommy Shaw, who recently released “The Great Divide” – his critically acclaimed solo album and bluegrass debut, blogs about rediscovering the joy of listening to vinyl albums. Nothing can match the ritual of just focusing on music, especially in today’s mad tech world. Tommy learns to put his iPhone down. 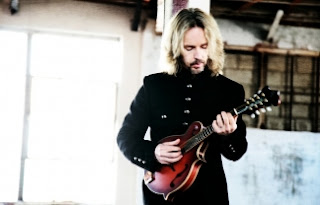 A couple of years ago my friend Mike Mettler (editor of Sound and Vision Magazine) and I got into a discussion about vinyl and the fact that I was missing out by not owning a turntable and spinning it at home.


It began a nudging campaign that ended only when I surrendered, but in doing so I asked if he’d help me figure out what to get. After all, except for a little1960s era portable record player I found at a yard sale in the early 90s, I hadn’t owned a serious turntable, dedicated stereo amp and speakers since I moved from a big farmhouse in Michigan to a New York apartment in 1985. That one was a Technics turntable, Luxman preamp, Yamaha NS 1000 speakers and a pair of Crown DC300A power amps to power them and the big subs they sat upon. It was a monster. Usually set on “STUN” you’d swear your skin looked better after standing in front of those speakers and listening to a couple of sides.

But that was then. I was now in the process of the final writing process for “The Great Divide,” my recently released Bluegrass album that I had been sneaking up on for a few years. The plan all along was to have a simultaneous vinyl release, so it only made sense that I’d need to get set up at the very least to be able to approve my own disc.

But I needed help because I knew a lot had to have changed in the high-end audio world so Mike made a few suggestions and pointed me in the right direction, and when we were done I ended up with a sweet home stereo that’s a mixture of old technology and the latest and greatest. A belt driven turntable and more compact high-end desktop speakers powered by a beastly HK990 with a massive volume control knob. It’s a beauty. And it’s not the amp and speakers we use when we watch movies (those never sound right to me in stereo mode).

It arrived in phases – speakers first, turntable second and amp third. Assembly of the turntable’s anti-skid device almost baffled me, but I was able to get it done without destroying any of the delicate parts.

To celebrate my reintroduction to the wonderful world of music on vinyl, Mike sent me some discs to listen to, including a 180 gram copy of Neil Young’s “Everybody Knows This Is Nowhere” and the first Rolling Stones album, both re-releases. When I fired up the HK990 and I set the tone arm down on side one of the Neil Young album, well, there it was, that sound of needle touching vinyl, followed by a glorious panorama of sound. Subtleties and frequencies filled the room and I realized I was in the middle of that familiar ritual.

Whether you are rediscovering it or discovering it for the first time, it’s that pleasant surprise, what happens to you when you focus your attention on something that pays back immediately. All other subconscious doodling and subliminal multitasking goes silent. Combine that with the rich sound of the music and the net result is joy. It takes a while for it to sink in. Washing dishes by hand or washing your car by hand are similar in that you have to focus on this simple thing and you get immediate results there too.

But this could never be mistaken as a chore. Now add the aural aspect of it and you start to realize something good is happening to you. You really don’t even need to understand that you are suddenly hearing all the frequencies that have been slowly filtered out since the dawning of the MP3 in order to make the files smaller. That’s really just blah blah blah. Stop analyzing and enjoy it!

Back in the late 70s I would smoke a joint before I spun vinyl, but since I gave that up last century, it’s now easy to see that it really was not needed to unlock this beautiful door.

I have begun to build a new record collection (yes I also left all my albums behind when I moved to NYC). I live just up the hill from an incredible record store called Amoeba down on Sunset Blvd in Hollywood. They have thousands of albums, old, new and reissued. What’s encouraging is to see the constant lines at the checkout gauntlet. Not just crusty Classic Rockers reliving their glory days, but what seems like a disproportionate amount of buyers who were born after CDs pushed vinyl off the shelves as the digital age was ushered in.

And because I travel so much I also like to purchase online and have that box waiting for me when I return home. It is what it is – a beautiful thing.

The more I listen to music on vinyl, the more I realize what a personal gift it is to take the time to do it.

I’m so connected to my iPhone it’s borderline dysfunctional. It has become a portable workspace and entertainment portal, but it also feels sometimes like it used to when I smoked cigarettes. When you smoke there are really only a few cigarettes per day that are actually enjoyable. For example, the one after a meal, when you’re on the phone, and in social situations. The others you smoke habitually to feed the nicotine addiction. That’s the iPhone for me sometimes. Turning it on and finding something to focus on at the hint of a moment where I might otherwise decide to just be.

When I listen to an album, I just naturally put the friggin’ thing down and walk away from it. Ahhh…

I don’t know if you are a Robert Plant fan, but I’ve really been enjoying his two most recent albums, the earlier one “Raising Sand,” the Grammy-winner with Alison Krauss and the most recent one all Plant. These ain’t pop records nor are they trying to be, it’s purely the guy who, when he took similar song ideas to Jimmy Page and his other band mates, together they turned them into massive rock songs. They are musical dreamscapes of self expression and if I still smoked pot, I’d probably still be out there spinning them over and over drifting off to some astral plane, possibly never to return to make my actual flight to the next STYX gig.

But it’s not just reissues, there are plenty of new releases by new and soon to be classic albums by current artists. Adele‘s “21” on vinyl sounds so good it makes you want to invite friends over for a spontaneous house party. Still waiting to spin Amy Winehouse’s “Back to Back” that I didn’t have the chance to hear before heading out of town. I’ve just about worn out Mumford and Sons on vinyl. Maybe I’ll do a playlist sometimes in case someone reading is looking for recommendations. Mike is my guru –he’s got a wicked knack for the best of the past and present. Good is good.

Thing is, there is so much music on vinyl out there, old, reissued, or new, that almost anything you want is available now. Even more impressive to me is the fact that nobody is making a fortune these days releasing on vinyl. They probably don’t even recoup the costs of producing it, but artists want it and are willing to absorb the costs to make it available to themselves and like-minded listeners. Next time you see a band performing on Letterman see what he holds up when he announces them – chances are it’s 12"x12”.

I have tons of MP3s on my iPhone and laptop, and I’ll continue to have that be my portable music source.

But the vinyl ritual requires disconnecting from the daily schedule and selfishly connecting to music, hands on, and it affects me in a way that 1s and 0s on a smart phone while you’re simultaneously doing several other tasks doesn’t.

Sitting back listening to music playing ambiently in a room with all its acoustic artifacts, knowing that in a few minutes you’ll be gently reminded by that subtle little popping sound to flip the disc to the other side if you wish to hear the whole thing, means you have to be involved.

Reading the lyrics and liner notes connects you to the artist and the 12”x12” cover let’s you enjoy the cover as a piece of art in a more friendly tactile experience.

But don’t take my word. Check it out and let me hear from you on my Facebook page, tsgreatdivide.

I've been back into vinyl for a few years, now-right after Dan Fogelberg died, I wanted a copy of one of his albums, but the then-out-of-print CD was getting $50, but I picked up the vinyl for $1.99.

I still love the CD, and you can't beat an MP3 for portability (try bicycling with a portable record player), but still make time every week for some vinyl listening.

Some genres do not work as well-the latest Spock's Bear release is spread over two vinyl discs-it's just easier to listen to the CD. But I still love the sound of my thrity-six year-old copy of Born To Run, and Robert Johnson on wax just seems right.

The moral of the story? Put down yer iPod, pick up yer records, and turn it up to ELEVEN!