With the release of "Momentum," Neal Morse seemed to find the right mix of progressive music and his spiritual message-mainstream enough for rock fans without selling his ministry short.

"You've got some new momentum, you better keep on going" is the tag line of the title track, and with this album and its follow-up (The Grand Experiment), Morse created a pair of releases that deserve to be heard.

If you are looking for the deluxe edition with the DVD, I have a copy for sale on eBay HERE 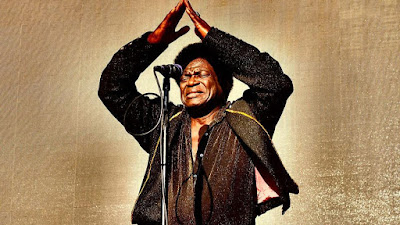 Bradley was diagnosed with stomach cancer, which spread to his liver, according to NPR.

Bradley released his debut album "No Time For Dreaming" at 62, with the 1960s soul revival label, Daptone Records.

"Charles was truly grateful for all the love he's received from his fans and we hope his message of love is remembered and carried on," a statement from the record label read.

Bradley performed between odd jobs throughout most of his life.

He moved back to New  York’s Brooklyn borough in his 40s and was singing as a James Brown impersonator known as Black Velvet when he was discovered by the record label.

"It took 62 years for somebody to find me," Bradley told NPR when his first album was released. "But I thank God. Some people never get found."
No comments:


Anthony Mendelson had an idea.

He got a team and raised some money and went on Kickstarter, where he asked for 300k and got nearly a million.

And that's when the hard part started. Not only did they have to design and manufacture the product, they had to make a deal with Spotify!

The streaming giant said yes, and the rest is history.

So why buy The Mighty when you can use your phone, you ask?

Maybe you don't want to carry your phone around for every activity, like if you want to jog or ski or hike or bicycle. Phones now cost upwards of $500, are heavy and easily broken. 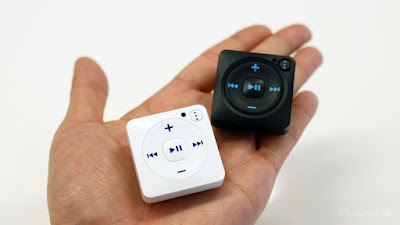 The Mighty is tiny and water resistant, and the next iteration will be waterproof.

The Mighty is roughly the same size, shape, weight and price as an iPod shuffle.

The Mighty lets you store your Spotify music off-line so you can listen even when there is no cell or wi-fi signal, and from what I have read, set-up is seamless.

You download the app, go through the prompts, and The Mighty works, right out of the box.

You go through the prompts, and then you can synch playlists. You can't shuffle the songs in those playlists, not yet, but you push a button and a voice comes on to tell you you've switched to the next playlist, its name is spoken.

The rest is intuitive. Forward and backward buttons, up and down volume buttons, and a pause/play button at the center.

You can use Bluetooth or wired headphones, and you charge the unit through the headphone jack with a USB cord.

For a first generation product, The Mighty sounds pretty impressive.

To be sure, there have been a few minor glitches.

You cannot shuffle quite yet, although it's coming, as is voice control, in version 2.

Spotify saw the future of how people would consume music.

Mighty saw the future of how people would take Spotify on the go.

And I sit looking at a room full of CD’s and wonder how this all happened so fast!
2 comments: 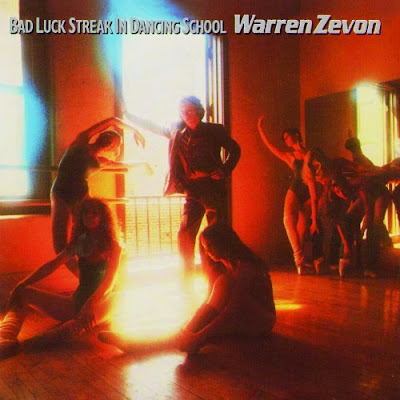 Back in the day there were rumours that Warren Zevon was working on a concerto for strings, and snippets from it appeared on his third Elektra/Asylum album, "Bad Luck Streak In Dancing School."

First gaining success as a songwriter with superstars like Linda Ronstadt and Jackson Browne, Warren Zevon struck gold, or rather platinum with Excitable Boy. This was his follow-up, and it gave him a space on the charts again thanks to his remake of The Yardbirds hit "A Certain Girl."

For me, the string interludes do not add to my enjoyment of the album, but there are some killer songs here, including a rewrite (co-write) of a tune Springsteen started but never recorded, "Jeannie Needs a Shooter." I have always wondered what Springsteen's version of this song would've sounded like.

It amazes me that this record is out of print, as it is an essential part of the soundtrack of my life.

While his first record, while not as commercially successful, is certainly his high water mark, I thought this effort was every bit as good as the second.

I have an extra copy for sale on Amazon if anyone is interested.