We've been hearing for years that the CD format is dying. 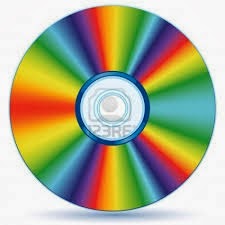 In fact, one of the reasons I started this blog was to review CD's and get people excited about the album format again.

Sadly, while I seem to get respectable hits, the pattern of comments from the same handful of people (even when I tried giving away CD's it did not change) would indicate that I was not very successful in my mission.

Don't get me wrong you faithful who stop by and comment-I appreciate your interest and your words-but I'd hoped to reach a wider audience and have failed at that.

And here we are, coming towards the end of another year, still discussing the viability of the album format. 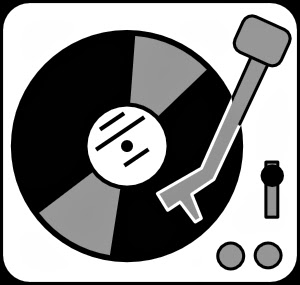 As Kasim Sulton (Todd Rundgren, Utopia, Meat Load, Joan Jett, Scandal) readies his latest solo effort for release, he has indicated that this will be the last one. Other artists have said similar things, and a simplistic analysis of unit sales would seem to indicate that the album is breathing its last.

Since 2000, album sales have fallen in every year but one (2004) and physical unit sales have gone from 785 million to 194 million. Digital albums have made up some of the losses at 118 million units, but that's still leaving album sales at 60% lower levels than their peak. 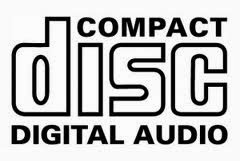 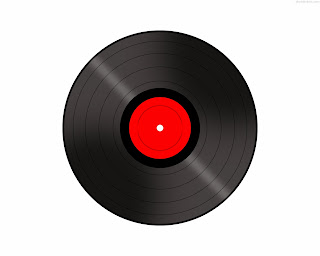 Keep in mind that during the CD era, the record labels were selling catalog titles in record numbers alongside new titles as listeners rushed to upgrade their LPs to CD. And the labels exploited that frenzy, with one CD reissue campaign after another (how many copies of Dark Side Of The Moon can one person buy? I can tell you if you really want to know).

But even in this age of iTunes and single-song purchases, 42% of Americans purchased a CD last year, and another 21% purchased a digital album. 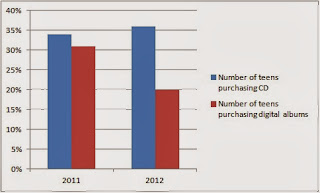 None of this counts the continuing increase in vinyl LP sales, a trend that is now in its sixth year. In 2012, about 5 million new vinyl LP's were sold. 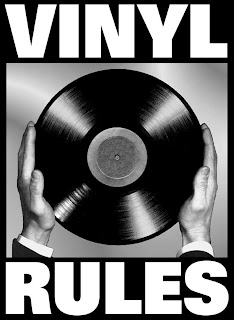 Add all of this up, I don't know what you get. Even Billboard, the trade magazine, tells the story both ways (the album is doomed, there's still hope).

But it would seem that the rumors of the album format's death are greatly exaggerated.

As you shop this holiday season, why not consider getting someone the gift of an album on CD or vinyl LP?

And while you're at it, why not get one for yourself?

Do you still buy albums? What's the last one you purchased?
6 comments:

MORE THAN A FEELING 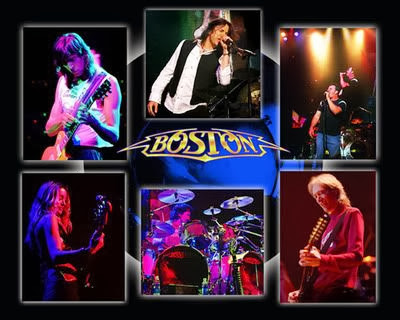 I always wondered why it took so long for the band Boston to release albums. The conventional wisdom has always been that Tom Scholz is a perfectionist. 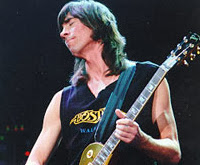 That may be true. On December 3, Boston releases Life Love & Hope, the band’s sixth album of original material in it’s thirty-seven year career, and the first since original lead singer Brad Delp committed suicide in 2007. 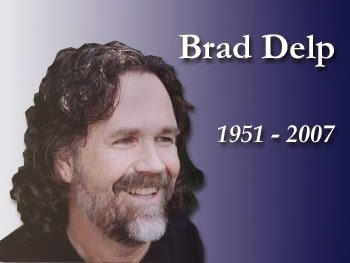 Scholz has been involved in a number of lawsuits surrounding Delp's death, having sued the Boston Herald over coverage of Delp's death (claiming emotional distress), and also suing Delp's former wife, Micki, claiming that she defamed him in statements that she made after Delp's death (a Superior court judge dismissed those claims).


Scholz has also been embroiled in several lawsuits with former band members regarding trademark violations on the band name Boston.
A lawsuit against Fran Cosmo and his son Anthony was decided in August 2013 when federal judge James Robart rejected Scholz's efforts to bar the Cosmos from referring to themselves as "former members" of the band.
Judge Robart also blocked an injunction request put forth by Scholz seeking to dictate how the Cosmos could refer to their past band affiliation.
A more recent lawsuit seeking to bar former Boston member Barry Goudreau from referencing his former band affiliation has yet to be determined. It is at least the third such lawsuit against Goudreau put forth by Scholz.


With all of his court appearances, it is no wonder that the first new album in eleven years only contains eleven songs, two of which are re-recorded versions of songs on the last record.
Scholz was also critical of the label’s handling of his last effort, 2002’s Corporate America. The album did place at #42 on Billboard’s top 200 album chart, which is pretty surprising since it was also light on new material (nine songs plus a live version of a song from the prior studio album, 1994's Walk On.


Considering Boston’s last true blockbuster release was in 1986, and considering what rock music did in the 90’s, Scholz should be amazed by a #7 peak for Walk On and a #42 peak for Corporate America.
With eight year sabbaticals between each album, a music industry that had gone from grunge to country and rap, a fan base that was rapidly approaching (in 1994) and then cresting (in 2002) middle-age, and albums that were light on new material, the fact that he sold any copies at all is astonishing.


Don’t get me wrong-I liked both of these albums, but most people my age are not waiting for the record store doors to open each Tuesday-and they weren’t in 1994 or 2002 either.
When rock artists fail to accept that as their audience ages, they seem to need to spend their income on diapers, school books, etc, instead of records, I am always amused.


Especially in recent years, where digital sales make up such a huge portion of the industry, I think artists like Boston have their best bet on album sales at their merchandise tables at shows. Fans are not going to go to a record store, nor will they likely think to download the album the day after the show. But get the new release in front of them while they’re walking out, and you have a pretty good chance of selling them a copy.


I was at a show last night with three 1970’s bands-no merchandise table. Their loss. 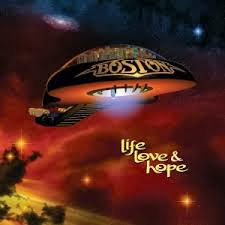 I hope the new Boston album sells-I preordered my copy. But Tom Scholz needs to accept the fact that it is no longer 1976. 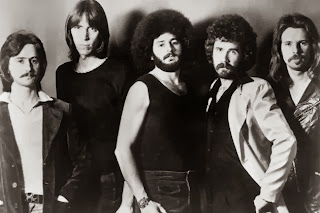 And if he needs any proof, he should just look at this picture, and see if he can find anyone today wearing those clothes or hairstyles!

WHILE MY GUITAR GENTLY WEEPS 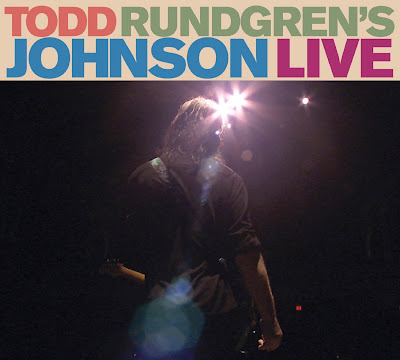 Esoteric Antenna appear to be living up to their promise to release material from Todd Rundgren's archives, following the abandoned Utopia Disco Jets album and a live Nearly Human concert (Live At The Warfield) with this eagerly awaited live CD and DVD set that captures highlights of Todd's US tour that followed the release of his album of songs written by the legendary blues musician Robert Johnson,

In addition to classic Robert Johnson songs, the band also performed classic material from his back catalogue including 'Black Maria', 'Soul Brother', 'Open My Eyes', 'I Went to the Mirror', 'I Saw the Light' and 'Boogies (Hamburger Hell)', making for a memorable live experience captured wonderfully in this set.

The DVD in the set is region free and in NTSC format and can be played in any country. ""Todd Rundgren's Johnson Live"" is packaged in a deluxe digi pack format with a lavishly illustrated booklet.

Coming December 3-just in time for the holidays!


I have been hitching a ride on their bandwagon, at least until I run out of covers of Todd Rundgren songs.

This one is probably going to be a "new" song to most regular readers.

By 1985, tensions in the band were driving Utopia apart, although the P.O.V. album and subsequent co-headlining tour with The Tubes would prove to be a fan favorite, as well as the bands' swan song.

"Mated" was released as a single that (big surprise) did not generate much airplay, although it would remain a staple of Rundgren's concerts for the next few decades.

In fact, I was unable to find a studio version of the song, so I am posting a live version from the Nearly Human tour.

British singer Jaki Graham scored a top 20 UK single, in a duet with David Grant on the song later that year.

You can probably guess my vote-who gets yours?﻿
20 comments:

JUST ANOTHER BRICK IN THE WALL 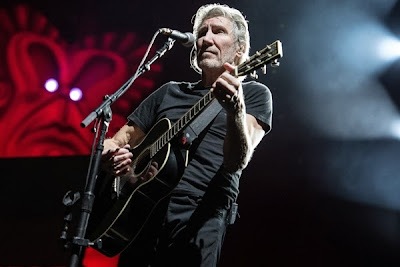 Roger Waters wrapped up his three-year Wall tour in September, and since then he's turned his attention toward his first rock album since 1992's Amused to Death.

"I finished a demo of it last night," he tells Rolling Stone. "It's 55 minutes long. It's songs and theater as well. I don't want to give too much away, but it's couched as a radio play. It has characters who speak to each other, and it's a quest. It's about an old man and a young child trying to figure out why they are killing the children."

Waters is not sure if he'll support the disc with a tour.

"I'm suffering a little bit of withdrawal after ending the Wall tour," he says. "It's sort of a relief to not have to go out and do that every night, but they're such a great team. There were 180 of us together everyday. That piece was very moving every night."

"I can't top that tour," Waters says. "First of all, you have to accept the fact that I'm not going to live forever. I'm 70 years old. You just have to accept that when you do something as enormous as that tour. The hardest thing in the world is thinking of something to do, so going and doing it is a reward in itself."

The memory of the tour still brings a big smile to his face.

"I found that the loudest fans in the world are in Istanbul," he says.

"I remember standing there with the band during 'Hey You.' We were behind the wall, so nobody could see us playing. We started looking at each other going, 'What is that sound?' When they sang 'Don't give in without a fight,' you could feel it. It was like the roof was coming off, even though there was no roof. It was amazing."

With that in mind, he refuses to rule out the possibility of reviving The Wall tour at some point in the future.

I love everything about this video.
It's a nice catchy pop tune, the imagery is wonderfully done (note the details by decade), heck the lead singer (Laurie Balthrop) is even a cutie-check out her little wink at the end!
Reality TV may have mortally wounded the Video Star, but they're not dead yet!
DEAR GEORGIANA
"WANNA BE IN LOVE"﻿

BOTB: LOVE IS THE ANSWER

Here I am (one more time) with a rogue entry in the Battle Of The Bands blog-hop!

The five bloggers below are co-sponsoring a blog event on the first and fifteenth of each month. Since I appear to have no original ideas of my own and even less shame, I have been hitching a ride on their bandwagon!

Once again, I am listing a Todd Rundgren song as my entry.

Many of you will not know that "Love Is the Answer" was written by Todd Rundgren for his band Utopia (closing track on their album Oops! Wrong Planet). 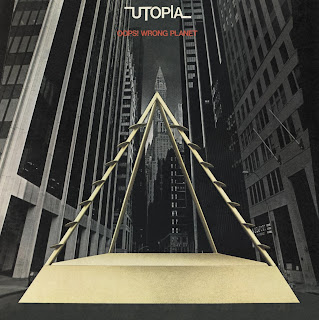 England Dan and John Ford Coley reached number ten on the Billboard Hot 100 chart in 1979 with their cover, and that’s the version most readers will know.

Coley was quoted as saying: "Of all the songs we released as singles, that was my favorite. The song first of all had a classical base, and the middle had a gospel section which I loved."


The song remains a staple in Rundgren’s live shows.
So without further ado...here is the original Utopia version
And second....the England Dan/John Ford Coley cover...
What do you think?