Jeannie and I have decided to limit our air travel this year, due to the perfect storm of COVID resurgences, airline overbookings and software glitches, among other things.

I had been doing some searches for local distilleries, and found a few in the Tucson and Flagstaff areas. One of the Flagstaff sites that popped up was actually a restaurant, with the distillery located in nearby Williams, Arizona and boasting a full bar and restaurant on site. 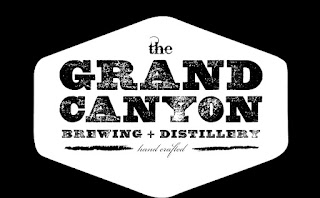 Their spirits seemed interesting, and the restaurant menu looked good to us (we lean towards the "Diners, Drive-Ins & Dives" types of establishments), and I thought this would be a nice dry run of a vacation that revolved around whiskey tasting. 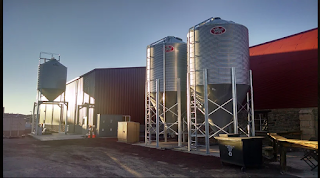 So one weekend in late August, we drove up to Williams on a Friday afternoon, checked into a hotel and took an Uber to the Grand Canyon Distillery (only a mile or so away, but since I was planning to sample whiskey, better safe than DUI). 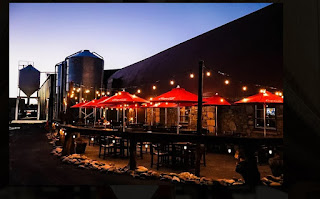 The first thing that caught my eye was their selection of bourbons and whiskeys (and whiskies). I had assumed they would mostly carry their own product. 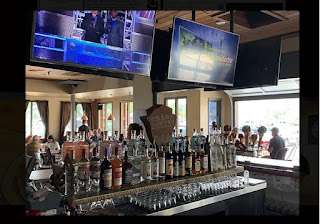 Since the purpose of the trip was to sample their in-house offerings, I started with a flight of  four of their spirits. I did not think to take a picture of the flight, and this was one of the first times I thought to capture pictures of the bottles.

I started with their bourbon, a wheated bourbon made with Arizona blue corn and aged 24 months. 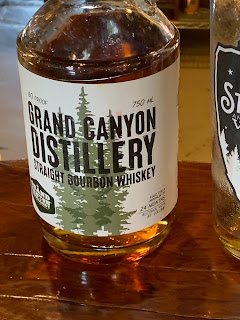 Next up was Star Shine, a single malt whiskey that got a 91 rating from Whisky Advocate magazine. 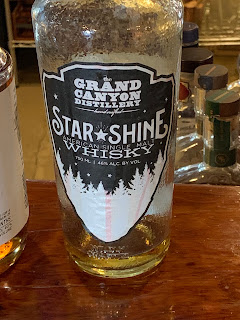 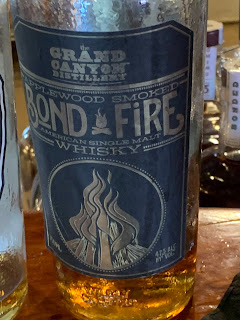 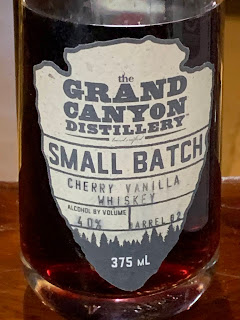 So I landed on their Small Batch Cherry Vanilla Whiskey, which was quite nice-the flavor was subtle rather than in-your-face like many flavored spirits.

So after four generous pours, you may have thought I'd call it an early evening, but I decided to try a couple bottles off of their shelf.

I'd recently purchased an Amazon Kindle offering, '101 Whiskies To Try Before You Die.'

The advantage to the Kindle version is it is on my phone, so I had it with me in Williams.

The disadvantage is that you can't check off what you have tried (or put in notes), which was what inspired me to start taking pictures of bottles.

Anyway, I tried a couple of the spirits on the list. First up was Michter's US1 Small Batch a Kentucky straight bourbon. 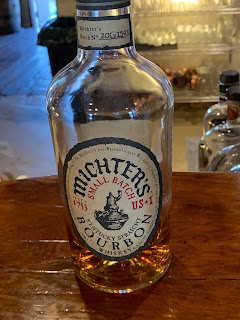 Some years ago, a friend of mine had given me some bourbon knowledge, and his take was that bourbon was so highly regulated that the only difference between the well and the top shelf was marketing.

In my mind that is only partially true-I have tasked enough high-end bourbon over the last few months that you can, quite often, see where the extra money is going, but an expensive bottle is not a guarantee of wonderful flavor, and terms like 'small batch' are not legally defined, and you run the risk that they may just be marketing fluff.

In this case, it was not fluff, the Michter's did not disappoint.

My last glass of the evening was Old Forester's-the book recommends what looks to be their basic bottle, and I tried their 1870 Original Batch, which was a bit of a step up, and tasted quite nice. 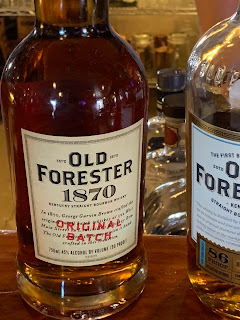 We also ate dinner sometime during all of this, and while I forget what we had, I know we both enjoyed it.

Jeannie sampled a few of their beer offerings and liked them, so all in all we had a good night. and were glad to have made the trip.

If you ever pass through Williams, I highly recommend this place (although you should maybe plan to spend the night to enjoy their offerings safely).