IT ONLY TOOK TWO DECADES

I had a friend Tom in the 80's-he was actually more Rich and Terry's friend Tom. At  Terry's wedding, Tom told me all about this band Marillion who sounded like "old Genesis" that I had to check out. The next day I picked up a copy of "The Theiving Magpie" and was hooked.

Since then, they've become my second favorite band (edging out Springsteen but behind Todd). I've got everything they've ever released, inclduing the 40 or so "authorized bootlegs" released on CD (stopped after they went download only), the remasters, the studio series, the holiday releases, all the live DVD's...you name it..

Marillion are not a household name anywhere, and even less so in the United States. They tour here infrequently and tend to stick to the big cities.

And as much as Phoenix AZ wants to think of itself as a big city...I got bad news for ya, desert rats-we ain't!

So for two decades, every time Marillion hit the USA, events conspired against my being able to travel to see them.

As a result, when their 2012 US tour was announced, I was going even if I had to quit my job to do it.

Since I was going to be on the east coats for a wedding in early June, I opted to see the band at their second Los Angeles show, at the House Of Blues on Sunset. My friend Dfly was up for the show, and also was up for flying us there.

Dfly has a small experimental plane that he built from various household appliance parts, and while it looks like it may be small, it is almost as roomy as my Mazda Miata convertible.

But I've flown with him quite a bit and have not died in a fiery explosion, and it saves a s#!tload of driving time, so what the heck-we only live once.

Thursday June 24 was a perfect day, so Dfly and I pop-started the plane and were on our way! Did I mention that the plane does not have conditioned air? And that it gets hot in Arizona? Hey, I'm not complaining! We got to LA by 10:30 and were at Amoeba Music by 11. 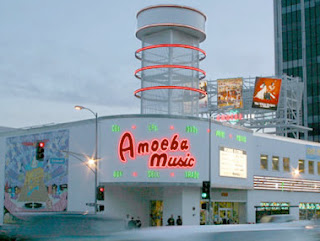 Now, Stephen T. McCarthy has the distinction of having gotten to Amoeba Music before me. Well actually, every customer at Amoeba before 11 am on Thursday has been there before me, but I know him. And to spare Dfly the agony of waiting all day for me to pore through their bins, I only pored through the used CD bins, and very quickly. Stephen did a nice post mentioning Amoeba on his blog here, so I will not do a half-assed review here but will refer you to Stephen's comments...as well as stealing a couple of Stephen's images! 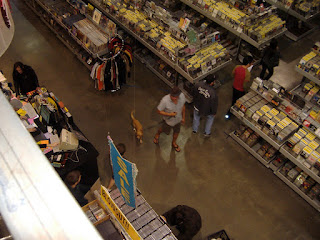 Suffice it to say that it's a good store. One thing Arizona does have going for it is Zia Records (see my post from last summer if you wanna know more), and Amoeba may be as good. It's bigger, but I'd need more time and multiple visits to see if the store yields the same number of finds as Zia. But if you are in LA, you'd be a fool not to stop in.

After some other touristy stuff, Dfly and I donned our Marillion shirts and made our way to the House Of Blues to see a progressive legend!

The show opened with “Splintering Heart”, and we were off. Dfly made the comment that he thinks they come across better live than on record, and I will say that the live show demonstrates just how well H's voice and Steve's guitar suit the music's mood. 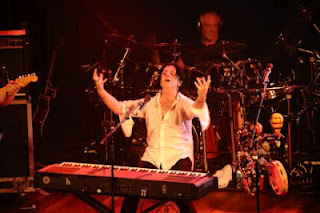 H can belt out rockers when he needs to, like the second number, “Cover My Eyes (Pain And Heaven), bleeding right into a blistering “Slàinte Mhath.” 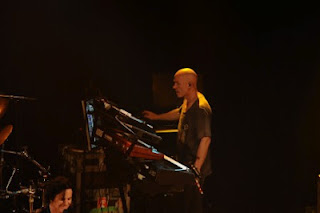 But when he needs to be ethereal because the music is a jam that washes over you, his voice works, too, and Steve's guitar always seems to match the mood as well. 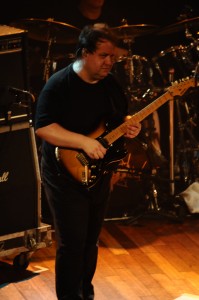 The first encore was the epic "This Strange Engine," and the band returned for the obligatory "Kayleigh," along with a couple of other classics. 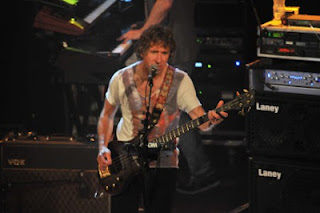 So there it is-after more than twenty years I finally get to see Marillion, Dfly finally gets to see Graumann's theater, and I'm going to have to go back to LA to really do Amoeba Music justice!

Hey Dfly-all kidding aside, thanks for flying us out there and getting us back safe! 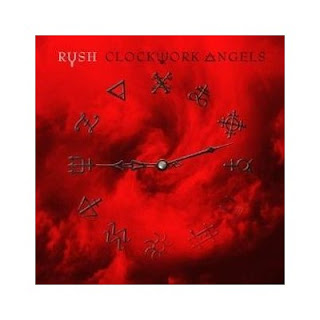 They have been cited as an influence by various musical artists, including Metallica, Dream Theater and Symphony X.

They have 24 gold records and 14 platinum records to their name, placing them a respectable third behind a couple of band you may have heard of, The Beatles and The Rolling Stones.

Yet for years, they seemed to get no respect at all.

People seem to either love or hate Rush. There is no middle ground.

Earlier this month, the trio from Canada dropped Clockwork Angels, studio album number twenty, and a return to the concept album genre, which longtime readers of this blog will know I am a sucker for.

The album also marks a return to a harder sound, with lots of heavy riffs and melodic choruses, and progressive arrangements with hints of jazz in some of the bass work. The album grabs you from the get go and does not let up until the closing track.

Standout tracks include the two "teaser" tracks released last year ("Caravan" and "BU2B"), as well as "Seven Cities Of Gold" and "The Garden." The whole album is pretty solid.

So can we put them in the Hall Of Fame already? Sheesh-Madonna's in there!?


Fans and media have speculated about the state of Queensryche, which marked its 30th anniversary last year, for weeks due to rumors of internal conflict between the band and vocalist Geoff Tate. 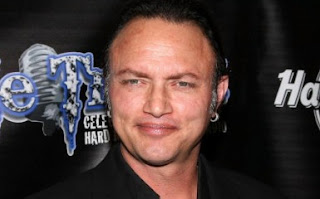 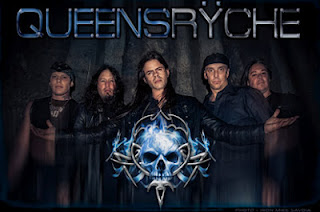 When Rising West appeared June 7 on KISM Seattle radio show "The Men's Room," Rockenfield said it was "a day-to-day" process as Queensryche determined its next move, but the band would definitely continue.


Queensryche was scheduled to perform June 11 to open for the Scorpions in West Valley City, Utah, but only Tate appeared, backed by his solo band.
The growing tension culminated in the band dismissing Tate, and announcing he will be replaced by LaTorre.

"Over the past few months, there have been growing creative differences within Queensryche. We want our fans to know that we hoped to find a common resolution, but in the end parting ways with Geoff was the best way for everyone to move forward in a positive direction."

"We wish him the best of luck with all of his future endeavors. We can't wait to bring Queensryche to our fans with Todd behind the microphone."

Queensryche is a Grammy Award-nominated band that broke into the mainstream with the 1988 concept album Operation Mindcrime. The group has sold more than 30 million albums worldwide, and their biggest U.S. radio hit was 1991's "Silent Lucidity," which reached No. 9 on the Billboard Hot 100.

BACK FROM THE DEAD

With so many posts about deaths lately, I am pleased to bring some news about a band finding new life! 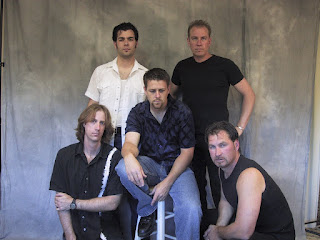 ENCHANT, the San Francisco Bay area's long-running Prog Rock institution, has finally returned to the scene they once helped shape and establish! Originally founded in 1989 and with seven studio albums under their belt, it's been a long silence for ENCHANT since their last official release, the Live At Last 2CD/2DVD set from 2004.


ENCHANT is currently at work on an overdue, brand-new studio album, and have signed a new longterm worldwide deal with their perennial label-partner, InsideOut Music.


"It's been way too long!" says Douglas A. Ott, main songwriter and guitarist of ENCHANT. "We had to take time off from ENCHANT because a lot was going on in all of our lives. Divorces, marriages, kids, separations... finally the band is stable again and ready to get going on the new album!"


Ott furthermore adds, "Everyone is really excited and looking forward to the process again. I'm currently doing preproduction and putting together demos of the new material and very shortly I'll start recording the real tracks. We're taking our time and really focusing on the writing and arranging of this new material."


Thomas Waber, founder and label manager of InsideOut Music, comments on the return of ENCHANT as follows: "InsideOut Music as a label has a long history with ENCHANT and I am very happy that they are making a new album right now. Hopefully we can add many more fond memories to the relationship! It's great to have them back!"


A new ENCHANT studio album is in its songwriting and pre-production stages right now and is expected to be available for an early 2013 release via InsideOut Music.


During the hiatus, vocalist Ted Leonard has toured and recorded with SPOCK'S BEARD (new album due Fall 2012), as well as contributing lead vocals on albums by THOUGHT CHAMBER and AFFECTOR (debut album Harmagedon out now on InsideOut Music).

I forgot to hit "post" on this yesterday, so it's not exactly news anymore, but... 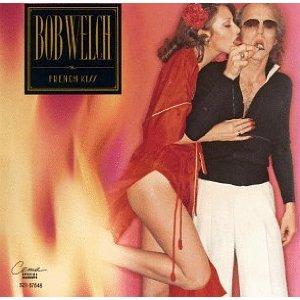 Bob Welch, a former member of Fleetwood Mac who later scored several hits as a solo performer, died June 7 at his home in Nashville. He was 65.

According to police, he died of a self-inflicted gunshot wound. He left a suicide note.

Welch was a guitarist, vocalist and songwriter for Fleetwood Mac from 1971 to 1974, replacing founding guitarist Peter Green in 1971.

Welch left the band in 1974, and briefly led another band in England before becoming a solo artist.

He scored his biggest hit in 1977 with “Sentimental Lady,” a catchy pop song that he first recorded with Fleetwood Mac. Christine McVie and Buckingham sang backup vocals on the tune, which peaked at No. 8 on the Billboard pop chart.

Welch reportedly had spinal surgery several months ago and had told friends that he did not want his wife to bear the responsibility of caring for him if he became an invalid.

“I never wanted to be a guitar gunslinger and a star,” Mr. Welch said in 2003. “I just wanted to make that great music.”