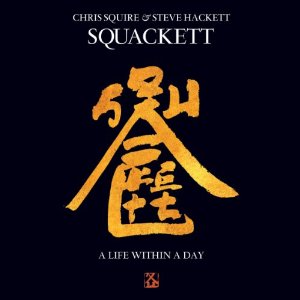 Although it sounds like a character from a children's story, Squackett is a collaboration between two progressive rock musicians with pretty strong resumes.

Chris Squire has appeared on every YES album and is widely regarded as one of the most influential bass guitarists of all time.

Steve Hackett first came to prominence as the guitarist with Genesis (from 1970 to 1977) prior to launching a prolific and successful solo career.

Over four years in the making, the "Squackett" album is much more than the sum of its parts. Most fans of either band may expect a hybrid of "Dance On A Volcano" and "Yours Is No Disgrace" but what the artists delivered is something a little more radio-friendly (if that terms even has meaning anymore).

With strong production, expert musicianship and strong vocal performances, my only knock on the album is its brevity (only 46 minutes long). Fans expecting album-side epics may be disappointed, but if you are partial to melodic hooks and interesting arrangements, this dose of ear candy is for you!