Doors co-founder and keyboardist Ray Manzarek died today in Rosenheim, Germany after a long battle with bile duct cancer. He was 74. 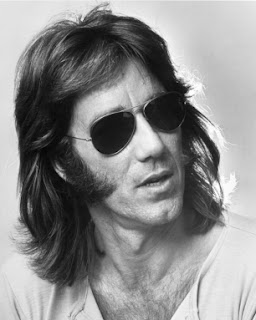 Manzarek grew up in Chicago, then moved to Los Angeles in 1962 to study film at UCLA. It was there he first met Doors singer Jim Morrison, though they didn't talk about forming a band until they bumped into each other on a beach in Venice, California in the summer of 1965 and Morrison told Manzarek that he had been working on some music.

They quickly teamed up with drummer John Densmore and guitarist Robby Krieger and began playing gigs around Los Angeles. About a year later, the Doors recorded their debut album for Elektra Records. "We knew once people heard us, we'd be unstoppable," Manzarek wrote in his memoir. "We knew what the people wanted: the same thing the Doors wanted. Freedom."

The Doors didn't have a bassist, so Manzarek often played the bass parts on his Fender Rhodes piano. He also played a Vox Continental organ, which can be heard on the famous intro to "Light My Fire" and numerous other Doors classics. The group shared credit on most songs and split all profits evenly.
The group carried on for two more albums after Jim Morrison died in July of 1971, but they split in 1973. Manzarek remained extremely busy, producing albums for X and playing with Iggy Pop, Echo and the Bunnymen and others.

"I was deeply saddened to hear about the passing of my friend and bandmate Ray Manzarek today," Doors guitarist Robby Krieger said in a statement.  "I'm just glad to have been able to have played Doors songs with him for the last decade. Ray was a huge part of my life and I will always miss him."