A TIP OF THE HAT TO "HERE'S TO YOU FRIDAY"

There's a reason it's called "the battle of the sexes..."

In light of her recent post on the trials and tribulations of dating, I thought I'd post this clip of a poignant and tender love ballad.

This clip goes out to Robin at Your Daily Dose, and all who commented on her post...enjoy!


Harry Nillson "You're Breaking My Heart"

I just learned (from CW at Tilting At Windmills) about the passing of blues legend Johnny Winter on Wednesday. 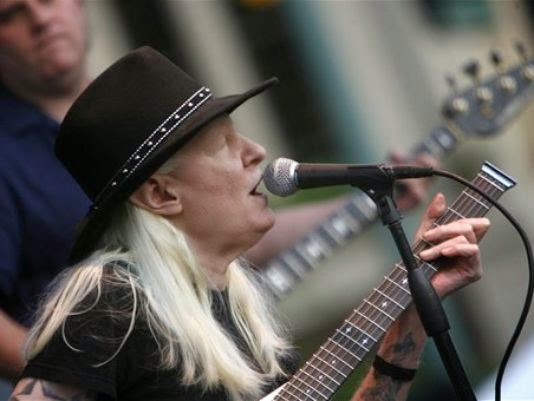 From the late 60's through last weekend, thisTexas blues legend emblazoned himself into the world's consciousness with his tattooed arms churning out lightning-fast guitar riffs and his striking long white hair flowing from under his cowboy hat.

Winter, who collaborated with the likes of Muddy Waters, John Lee Hooker and Jimi Hendrix, was among the world's finest “white blues” guitarists, a list that includes Eric Clapton and the late Stevie Ray Vaughan, who followed in the footsteps of the earlier Chicago blues masters.

Winters idolized Waters, and got a chance to produce some of the blues legend's more popular albums. Winter played a major role in introducing the blues to a new audience.

John Dawson Winter III was born on Feb. 23, 1944 and raised in Beaumont, Texas. He was the older brother of Edgar Winter, and had been on an extensive tour this year to celebrate his 70th birthday.

In a recent documentary, Winter was quoted as saying, "I love playing guitar. It's the only thing I've ever really been great at." His last performance was on Saturday at the Lovely Days Festival in Wiesen, Austria.

So while the music world suffers a major loss, I cannot help but think that the span between Winter doing what he loved above all else  and his passing from this mortal sphere was less than a week.

I'll bet he's okay with that.