On the Tossing It Out blog, it’s called Fantasy Island Discs, but if I were on Fantasy Island, I’d be able to have any CD any time, so I’m calling it by the title I’ve heard the exercise referred to in the past, where you pick the albums you can’t live without.
When Mr. McCarthy asked me to participate in this blogging event, my initial reaction was to decline.
After all, if you’re shipwrecked on a desert island, you’re pretty much going to be stuck with whatever you brought on board the ship with you.
If you knew the ship was going to be lost at sea, would you board? 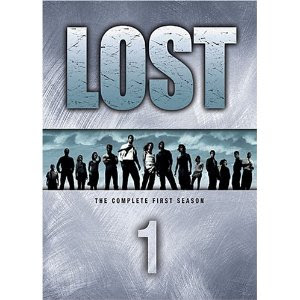 If you had your fifteen desert island discs with you, what would you play them on (does anyone else remember that “Lost” scene from season one when Hurley’s

CD player batteries went out)?
And if you did have the foresight to bring your favorite music, and unlimited battery power on the island, why wouldn’t you either burn your music to CD in MP3 format (so you’d fit more like 200 titles onto fifteen CD’s), or better yet, stuff an iPod full of everything you own (wouldn’t work for me, anyway)?
All in all, the whole “what fifteen discs would you bring if you were shipwrecked on a desert island” scenario is just not realistic.
On those grounds, my first inclination was to decline. But Stephen is a good friend, and it seemed important to him that I participate.
So, being a music junky, I buckled under the pressure! There weren’t any rules listed for this endeavor,so I asked Stephen T. a few questions.
For example-how are multi-disc sets treated?
Are they treated as one CD, or as the number of discs in the set?
This led to some discussion. I pointed out that on the original CD release, the Beatles' white album was sold as two separate jewel cases.
Stephen countered that Dylan’s Blonde On Blonde is in one case and was clearly meant to be one piece of work. 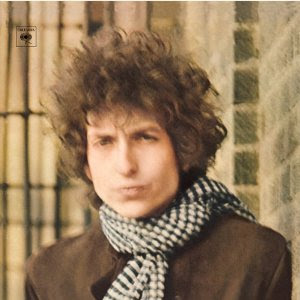 My retort pointed out the inconsistencies in various CD releases- Tommy was put on a single CD in one release, as was Frampton Comes Alive, but both have also seen two disc releases. 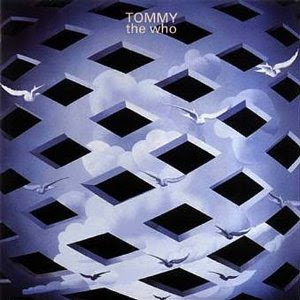 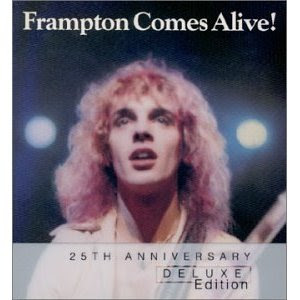 What to do, what to do?
After some discussion, various threats of bodily harm (well, not really), and lotsa debate, we both agreed that if you could go in and buy it off of the shelf as one purchase (scanned only one UPC), it counted as one title for this exercise, no matter how many discs were inside.
So if you want to bring that 50 disc Elvis box, go for it! Of course, you better hope you don’t have to swim to shore, or the King may be your anchor.
The other rule I decided to try to impose on myself is to stay away from greatest hits collections. I typically do not like them, and when people comment on gaps in my collection, they usually exist because all that is available for that artist is some kind of “essentials” collection, and I prefer the albums as they were released.
Stephen and I do not agree here, and my suspicion is he's stacked his list with compilations. After several dissertations from Lonesome Dogg about the "spirit" of this endeavor, I was surprised we were so polarized on this one. I ran this by three other music collectors (all of whom own collections north of 1,000 discs) who all agreed with my point of view. But we collectors are all a little south of sanity. And the whole thing was Stephen T.'s idea.
I recognize that Mr. McCarthy and other civilians may actually own greatest hits collections for the hits, and not for the one bonus track that wasn't available anywhere else. That just seems weird to me...
To sum up-greatest hits collections are certainly allowed, but I think original albums make the exercise more interesting and I'm going to try to compile my list without any.
I’m typing these words before I’ve finalized the list, so I may cave by the end and include a compilation, but I’m going to try to stick to my audio high ground!
One last coment to my good friend D-Fens-on your blog you mentioned I have 9,000 CD's. It's actually 12,847 as of right now (but I haven't been to Zia or the mailbox yet today). And that's not counting the 1,500 or so records in the other bedroom. Everyone may as well know how deep the addiction goes and how serious the problem is.

I almost forgot-what about bonus tracks-do they spoil the integrity of the original album? Should we limit this to the original CD releases?
Maybe I'm starting to over think this...