All Roads Lead To Monrovia (The X CD Release Party)

My friend DFLY can be an interesting fellow. He usually complains that there’s nothing to do, but when I brought up the idea of attending the Spock’s Beard CD release party in Monrovia (near Los Angeles), he said “It’s not worth it.”

DFLY has a small plane, kind of the front seat of a 70’s Volkswagon Beetle with wings. His plane used to be a Dragonfly, hence his nickname. DFLY will think nothing of flying an hour, having breakfast, and flying back. That’s about $160 dollars for breakfast. That’s what he did instead of accompanying me to the CD release party.

As I’ve learned over the years, when it comes to music, if I want to go, I have to go alone.

Arizona natives are very small town in mentality, and anything out of their one-mile square comfort zone is too far to drive for anything.

My Philly friends all have families, but would have still hopped into the car on a moment’s notice and schlepped up to NYC for a similar event. Especially if I was doing the driving! They’d have had all that time in the car to come up with a story the wife would believe!

So I hopped in the "prog-mobile" and got on Route 66 (well, 10, actually, but Route 66 just gives so much better of a mental image, doesn’t it?), popped in the new Beard cd (“X”, available only at http://www.spocksbeard.com/, retail version in the works) and made the drive out to La La land to mingle with the progressive rock faithful.

The good thing about a road trip? There’s a lot of time in the car that allows for a lot of uninterrupted music listening. I listened to the new CD a couple of times, and the post-Neal-Morse catalog once each on the trip west.

The bad thing about a road trip? Although the southwestern desert can be sceninc, it loses it’s luster after a couple of trips. And on a hot Memorial Day Saturday when the mercury is topping a hundred, it’s kind of boring. Add to that the idiotic drivers who wanted to drive below the speed limit until you tried to pass them, but then found the cajones to go ninety. For the want of a rocket launcher….

When I arrived in Monrovia at four, I was early for the 6pm start time, and the band (well Alan Morse and Ryo) put me to work ! I helped Ryo bring in some equipment-okay, had I dropped that synth (it was heavy!) I’d have ruined the whole event!-and brought in a couple of other pieces as requested. I even helped Glenn a little with setting up the merchandise table.

Then I watched the guys rehearse (Alan and Ryo, with Jimmy Keegan, their tour drummer) the songs they were going to play, and chatted with Glenn and the band member’s families (all very nice people). 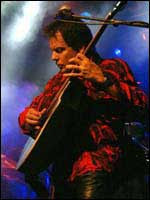 My cel phone pictures did not turn out-the stage was right in front of a window, so a lot of glare made for a formidable photographic adversary. So here are a couple of photos from the Beard site. Up top there is Alan, and down below is Ryo. 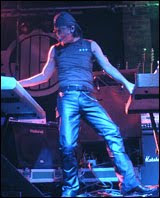 This picture of Jimmy was appropriated from his site. Jimmy is the tour drummer but was a key part of the event, lending percussive hands and background vocals to the performances and sharing obersvations and anecdotes throughout the evening. 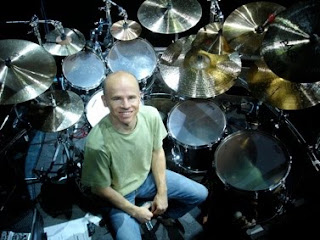 Between five-thirty and six, people started coming in. The crowd grew to probably 100 or so people-I’d imagine a good crowd for a downtown Monrovia hotel bar, even if it was the historic Aztec hotel!

Alan and Ryo (as well as a couple of their co-writers) gave brief introductions to each song and they played the CD selection. Interspersed were bare-bones versions of “Emporer’s Clothes” and “Man Behind The Curtain” played by the trio.

All in all, this was a fun event in an intimate setting with a lot of like-minded music fans. I’d encourage any reader who is a prog fan to pick up the new CD. 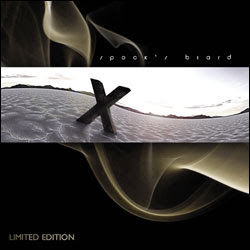 Since Phoenix is a vast musical desert, I had not seen the band since 1999 when they opened for Dream Theater. I knew that they were not likely to stop in Arizona if they were to tour the new album, so for me, it was worth the drive.

I felt pretty good at 9:00 when things were starting to break up, so I got into the car and cranked the new CD and headed east, figuring I’d stop to sleep in Palm Springs. After trying three hotels in that area (all sold out), I downed a “Five Hour Energy” and drove all night, getting in at 3. The next day was a write-off-I slept until almost noon and was a bit of a couch potato for much of the afternoon.

But what the heck else was there to do in Phoenix anyway?

So, let’s compare and contrast my trip lo LA with DFLY’s $160 breakfast trip: 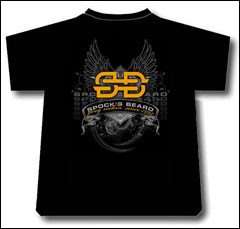 For that, I got to be a roadie, a merch guy, get a couple of CD’s autographed, listen to a great CD with a bunch of Beard fans, see a sound check rehearsal, watch impromptu performances by members of one of my favorite bands, meet the band and their families and listen to a lot of pretty cool music on the drive.

But don’t worry, DFLY-I’ll bet those eggs were really tasty!