THE SOUNDTRACK TO MY LIFE 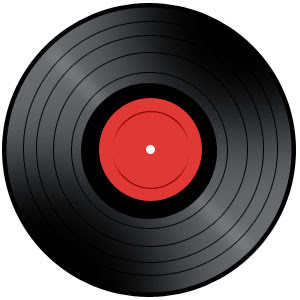 Like all great stories, this one has to start off with,
“I was born a poor black sharecropper’s son”
Not really. But I always loved that line from “The Jerk.” As always, a click on the song title will take you to a sound sample or video, and just use your browser’s back button to return.
Born in the Philadelphia suburbs, my childhood was pretty good. We lived in a lower middle class (I guess) neighborhood, and while my father had a decent job, since there were six of us kids, a lot of stuff the other kids had we either got as a hand-me-down or did without. But back in those days, you were outside all the time, and most of the peer pressure was around clothing. Since many of the families in my town were big Catholic families, the hand-me-down element was common. And Converse All-Stars were cheap in those days.

The neighborhood was young, and there were a lot of friends to hang out with. Ken and George, Paul, Chris, Sean (now a Super Bowl champion coach-congrats!), and a lot of others who while I will not name them all, add to fond memories of a neighborhood that, when I happen through it nowadays, is not the same and does not belong to me anymore.

This first song was from one of the first albums I ever purchased, and belongs here only because I probably wore a hole through the record.

While these next two songs were written from an adult point of view, one of a father, and one of a man looking back, the childhood memories they invoke always make me think of my own.

Harry Chapin-Cat’s In The Cradle

The fourth song just makes me remember Catholic school and all the rules, even though I was not a smoker!
Brownsville Station-Smokin’ In The Boys Room
When you get to the teenage years, it’s going to be a two-fer. Both of these are about looking for something better than what you’ve got. And we had it all right. Now the friends were Ken (still), John, Cap’n Dave, Vinnie, Joe, and again too many others to name.
Bruce Springsteen-Born To Run

And of course, as a teenager,heading into your early twenties, you feel like you’re on your own with no direction home…
Bob Dylan-Like A Rolling Stone

In your teens and twenties, you’re looking for love, usually in all the wrong places…and suffering eternal heartache lasting for days, sometimes even weeks!
Styx-Don’t Let It End

Getting into the adult years, it’s a little harder. Professionally, I have been lucky to have a few good jobs with good companies that have treated me well. The current company has let me occupy space in their offices in three states off and on for twenty-one years (as of today, coincidentally). So I do not have a lot to complain about.
Work does come with competition, conflict and feeling your way through dealing with both. Even in something as dull as accounting, there are the moments where you feel like your back is against the wall and it’s put up or shut up. These next two songs always connect me to that feeling.
Tom Petty-I Won’t Back Down

I’ve also had to learn to cope with loss. A lot of friends and loved ones have passed on, and my younger sister, who was very close to me growing up and into my late thirties, passed away at the altogether too young age of thirty-four. I have always felt that this song sums this world up the best.
Kansas-Dust In The Wind

When it comes to my adult love life, that is best summed up by one song. If these songs are the soundtrack to my life, this is the lead single.
I’ve dated a fair amount over the years and am sorry to say I never seemed to get any better at it.
One relationship, while ending with the lady and I parting ways, was a wonderful friendship that spanned much of my twenties and thirties. She was a friend for fifteen years, and for many of them was my best friend. Sadly it did not work so well as a romance. While I consider her the love of my life, those feelings were painfully one-sided and sadly, it’s hard to go backwards in a relationship.
While I do not want to give the impression that I’m carrying a torch here, I still think of her often, and there are many happy memories that come to mind when I do. The last I heard, she was happily married and had adopted a child. I pray for her continued health and happiness.
I also hope she can forgive me for ending things as sloppily as I did. Relationships were never my strong point.
Like Todd says, sometimes, it just wasn’t meant to happen.

As I said earlier, I have been fortunate to not have to worry about much as an adult. I have always had a place to live, a job, and even some friends (in AZ, they are Lonesome McDogg, Greg and Dfly). I do have the normal middle-age agita that Mr. Seger summed up so nicely…

And that brings us up to where I am not…knocking on fifty, with less hair and more gut. Maybe I’m wiser, it’s hard to tell. But I’m not old…just older.

But there’s no question that time is not on my side, and I’ve got less track ahead of me than I do behind…

There you have it. Almost forty-nine years summed up in fifteen songs. A lot of good memories, some sad, and probably not so different from most other people.
Which leads me to what would have been song number sixteen if I could have found a sound clip, “A Brand New Book” by Graham Parker.
I’ll have to leave you with the lyrics…
I once read the story of somebody's life-Ihad a few moments to spare
He was a good man who lived with his wife with the usual kids in his hair
There was happiness a lot of weirdness and a sprinkle of tragedy
I pulled it by chance from a second hand bin
But it could've been written just for me
Because the words came out not twist and shout
Cause that's not what a grown man writes about
That chapter's over, let it blow over
I found that I've become the owner of a brand new book
A brand new book
I've travelled far and I've travelled wide and I guess I'll be travelling on
Fill another suitcase up with possessions and put on a Badfinger song
I've got much more than most people have and a little less than a few
But you can't measure these things by weight
They either drag you down or they lift you
I don't read between the lines
I'm not ready for what I'll find
I don't believe that love is blind
It just can't see straight, it just can't see straight oh yeah
Read all about it, read all about it yeah
I read that book for an hour or two and then I looked up at the night sky
I saw the big dipper and then the big bopper and I realized how much time had gone by
Every page had something to say but one thing that struck me as true
The clock just keeps ticking as if you're not there
Man it either drags you down or it lifts you