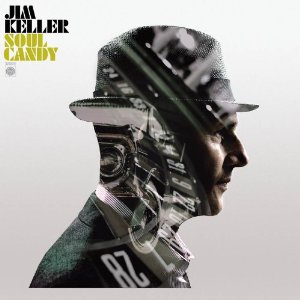 Jim Keller, co-founder of the rock band Tommy Tutone, and the co-writer of a song ingrained in the consciousness of a generation (867-5309/Jenny), is back with his sophomore solo album, Soul Candy. The album marks the natural evolution of Keller's talent of writing indelible hooks, paying tribute to an instinctual approach to the art of songwriting.

Recorded with members of his current live band and various friends, the album is made up of a year s worth of writing and playing together. Soul Candy captures the raw energy of Keller s live shows and conjures driving guitars and Hammond organs backing blues-tinged love narratives, gospel influences and pop delights.

Solid, well-crafted tunes abound, whether soulful ballads or toe-tapping up-tempo pieces that highlight Keller's versatility as a songwriter and musician of the same caliber as John Hiatt or James Taylor.

One of the better records that I have heard in a while.