IT'S BEEN SUCH A LONG TIME 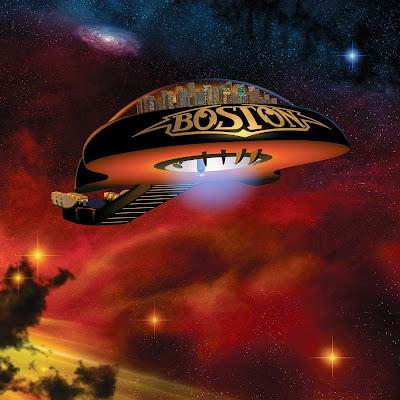 On Boston's first album in 11 years, and the first since the tragic death of legendary vocalist Brad Delp in 2007, the band sticks with its tried-and-true sound, one that has come to nearly define the classic rock genre.

Or, said another way, if it ain't broke, don't fix it.

From the first time the world heard "More Than a Feeling" in the 1970s, Boston burned its way into rock's DNA with an identifiable sound: layer upon layer of angry guitars, harmonic solos and angelic vocals backing Delp, who could hit notes only dogs could hear.

There are three tracks on the album that feature the late Delp’s vocals. The unreleased song, "Sail Away," is about the government's response to Hurricane Katrina (it HAS been a long time between albums, right?), while the two others ("Someone" and "Didn't Mean to Fall in Love") appeared on the band's Corporate America album, but Scholz was never really happy with them and has rebuilt them from top to bottom while keeping the original Delp vocals.

Or, said another way, Scholz was unable to come up with an album full of new material in more than a decade.

"Heaven on Earth," with David Victor singing lead could be a hit single, if all the Boston fans who were "Smokin'" in the '70s remain loyal to a group who helped define what rock 'n' roll sounded like for many years.

Sadly, that audience is probably in the early stages of dementia and may not remember the band.

Other songs don't fare as well, including "If You Were in Love" with Kimberley Dahme's vocals coming off as nothing-special, and Tom’s turn on lead vocals not even passing that bar.

Vocals by Tommy DeCarlo, the Delp sound-alike found on You Tube, are not bad, but the songwriting does not approach that of the first three Boston albums.

When you consider that there are three re-records and one short instrumental, you’re left with seven new songs in eleven years.

And only one is good enough to be lined up against that first album.

I would think with that much time on his hands, Scholz would have outdone the first album.

I like the album, don't get me wrong-the songs are ok, the performances good and the production slick (a little overdone, but that's Tom's production style). I'm just not sure that this is an album for everyone-it's a lot closer to the last two albums than the first three.

Overall, worth checking out for die-hard fans. Nostalgic fans looking to revisit the stellar debut may want to just break that one out of mothballs.

IF YOU WERE IN LOVE