Beatlemania is in the news this week as the media hypes the 50th anniversary of the Beatles coming to these shores.

Todd Rundgren's band, Utopia, submitted the following song ("I Just Want To Touch You") for inclusion in the soundtrack to the film Roadie-it was rejected because it sounded too much like The Beatles.

Rather than post any Beatles videos (Robin at Your Daily Dose already posted all the good ones anyway), I thought I'd put this up since I thought it was clever thirty-four years ago and I still do. And I also figure most viewers have never seen it. 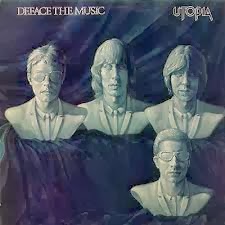 Although this album clearly showcases the fact that The Beatles were an obvious influence for Rundgren, you may find it interesting to know that there was a short period of time when Todd got caught up in a very public feud with John Lennon himself! 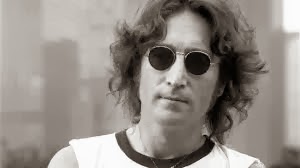 This “war of the words” all began with these quotes in the music magazine “Melody Maker” in 1973.

I read the article (“Rundgren: All Or Nothing” by Ailan Jones) back in the 80’s but no longer remember the context of the quotes (although I remember that Lennon had a right to object).

“John Lennon ain’t no revolutionary. He’s a f——- idiot, man. Shouting about revolution and acting like an a__. It just makes people feel uncomfortable.”

“He’s an important figure, sure. But so was Richard Nixon. Nixon was just like another generation’s John Lennon. Someone who represented all sorts of ideals, but was out for himself underneath it all.”

These quotes drew an immediate and angry response from Lennon.

AN OPENED LETTUCE TO SODD RUNTLESTUNTLE
(from dr winston o’boogie)

Couldn’t resist adding a few “islands of truth” of my own, in answer to Turd Runtgreen’s howl of hate (pain.)

I like you, and some of your work, including “I Saw The Light”, which is not unlike “There’s A Place” (Beatles), melody wise.

1) I have never claimed to be a revolutionary. But I am allowed to sing about anything I want! Right?

3) I guess we’re all looking for attention Rodd, do you really think I don’t know how to get it, without “revolution?” I could dye my hair green and pink for a start!

4) I don’t represent anyone but my SELF. It sounds like I represented something to you, or you wouldn’t be so violent towards me. (Your dad perhaps?)

5) Yes Dodd, violence comes in mysterious ways it’s wonders to perform, including verbal. But you’d know that kind of mind game, wouldn’t you? Of course you would.

6) So the Nazz use to do “like heavy rock” then SUDDENLY a “light pretty ballad”. How original!

7) Which gets me to the Beatles, “who had no other style than being the Beatles”!! That covers a lot of style man, including your own, TO DATE…

Yes Godd, the one thing those Beatles did was to affect PEOPLES’ MINDS. Maybe you need another fix?

Somebody played me your rock and roll pussy song, but I never noticed anything. i think that the real reason you’re mad at me is cause I didn’t know who you were at the Rainbow (L.A.)

Remember that time you came in with Wolfman Jack? When I found out later, I was cursing cause I wanted to tell you how good you were. (I’d heard you on the radio.)

Anyway, However much you hurt me darling; I’ll always love you,

Sad that two grown men with similar musical talents would not bond a little easier than this. I wonder, does this letter constitute "bullying?" Under current PC guidelines, aren't Rundgren's comments a hate crime?

Todd has pointed out that the two later settled their differences, and sadly, Lennon was murdered shortly after the album's release.

I had never read anything indicating whether Lennon had heard it or what he might have thought.

This has always been a fascinating bit of music history to me. It also showcases how combative Lennon was in general in the early 70′s, as he had a similar feud with Paul McCartney that lasted well into the decade. 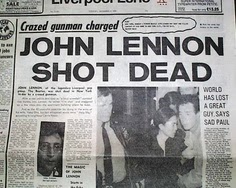 The connection between Lennon and Rundgren took a strange turn when it was revealed that Lennon's killer, Mark David Chapman, was similarly obsessed with Rundgren and tried to find him a few days before Lennon's murder.

Chapman left a copy of Rundgren's second album (The Ballad Of Todd Rundgren) in the hotel where he checked out the day he killed Lennon. 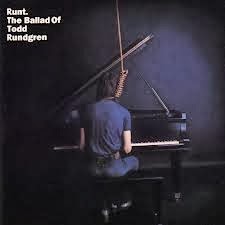 When he was apprehended, Chapman was wearing a promotional T-shirt for Rundgren's Hermit Of Mink Hollow album. 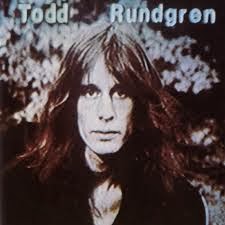 In an interview after his incarceration, Chapman said Rundgren's music was the "soundtrack to my life."

This may have been one of the events that inspired Rundgren’s Healing album. 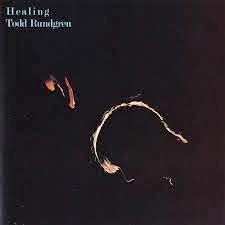