IN THE WAKE OF THE WHIRLWIND

And considering we waited eight years between Bridge Across Forever and 2009’s The Whirlwind, the five years we spent in anticipation of the follow-up to The Whirlwind is somewhat short.

The Whirlwind is a tough act to follow, however-, it was Transatlantic's best effort (in my opinion). 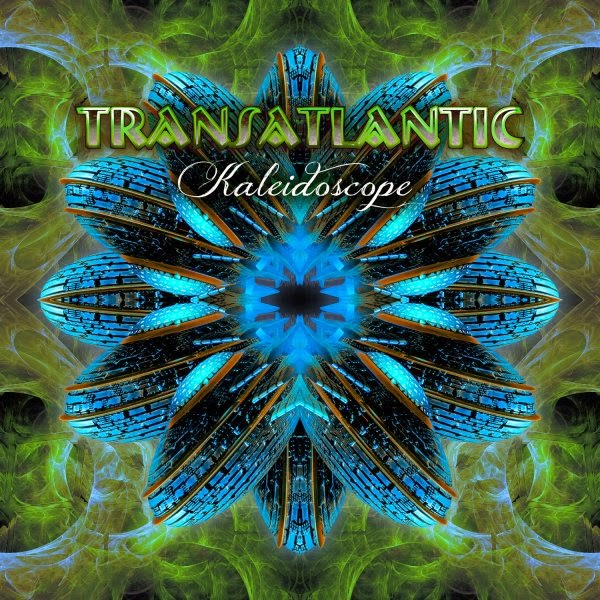 Kaleidoscope does not attempt to follow the single 78 minute epic, rather showcasing shorter pieces, although  two of those “shorter” pieces exceed 25 minutes each.

While this is not a bad offering, it is not as cohesive as its predecessor.

It contains all of the elements you expect from the band- great melodies,strong mucisianship, interesting lyrics, interesting progressions, but the album’s pace is a little uneven (especially track 4, “Beyond The Sun”).

One drawback to Neal Morse being as prolific as he is, is that some of his epic length songs (either here or on his solo albums) are becoming a little predictable, almost formulaic.

You hear it on the song he wrote for the last Spock’s Beard record, as well as on “World Without End” from his last solo disc, as well as on this album's opener, “Into The Blue.”

While it still makes for a good listen, it sounds a little too familiar, up to and including the "big finish."

“Shine” has some nice moments and a killer guitar solo, but-I can't believe I am saying this about a Transatlantic song- is actually a little too long.

“Black As The Sky” is fresh and driving with a nice instrumental section.

I mentioned “Beyond the Sun” earlier, and this song might have been better saved for a Neal solo album, as it kind of derails the album’s flow.

The album closes with the 32 minute title track which does not fall as easily in to the formula trap-you can hear echoes of past efforts, but it still manages to be fresh and original- a great epic!

Buy the version with the bonus CD and you get a nice selection of cover tunes, including a version of Yes’ “And You And I” that is a prelude for anyone who attends the Progressive Nation At Sea finale (Jon Anderson backed by the band).

In a nutshell-half of this album is awesome, and half falls a little short of it’s predecessor.

That said, I would still recommend it highly.

Anyone who lives close to one of the rare Transatlantic tour stops should make it a point to see them live.

BLACK AS THE SKY