On Friday night (March 14) I made the trek from Phoenix to the wild lands between Tucson and the Mexican border.


Okay, the location was really not so wild, but the town, Sahuarita, was in a pretty remote (25 miles or so south of Tucson) and beautiful desert setting, and the venue, the Good Shepherd church hall that functions as a coffee house stage once a month, was an unusual concert setting to see DavidBromberg play in.


It was all part of the first annual Common Ground On TheBorder event, a three day retreat featuring classes in art and music, as well as live performances.

David Bromberg, who has been recording and performing for a career spanning six decades, was the featured act Friday night.


If you are not familiar with him, David has played with everyone and toured everywhere, whether rocking the house with a raucous big band or holding an audience silent hostage with solo acoustic blues.

David's range of material, based in the folk and blues idioms, expanded to encompass bluegrass, ragtime, country and ethnic music, and his touring band grew by the mid-’70s to include horn-players, a violinist, and several multi-instrumentalists.

After 1990, David took a hiatus from recording, learning the craft (art?) of violin making. He returned to the music scene with the release of his 2007 Grammy nominated album, and has released two more albums since then, most recently 2013's Only Slightly Mad. 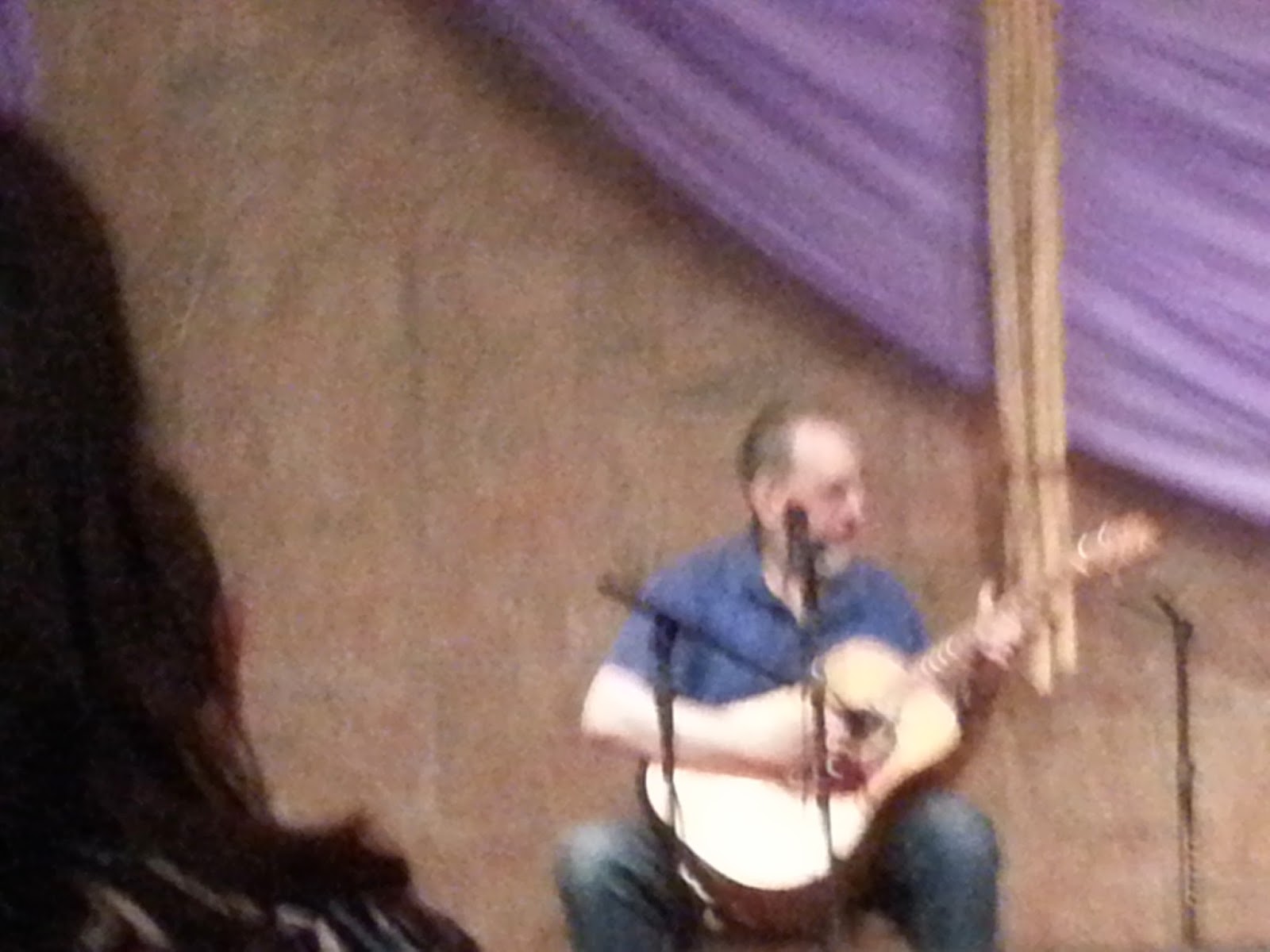 There could not have been many more than 100 people there, and the other attendees all appeared to be from the retreat.

I drove down from Phoenix, and the venue was south of Tucson, so it ended up being almost a three hour trip in rush hour traffic.


There was about an hour of “opening” acts who appeared to be attendees of this retreat, although the performers were from as far away as the UK.

Having just made the drive down, I was in the lobby trying to stretch out my back, and saw David leaning against the door watching.

I thought about approaching him, but he seemed to be watching so intently, I did not want to interfere with his enjoyment.


David's show was a real treat-I have seen him a few times with a small acoustic quartet and a handful of other times with a band of varying size, but this was a real intimate show with David performing solo, and for about three-quarters of the songs with a second performer, either a guitarist (I believe it was Mark Cosgrove from his touring band) or a cello (Michael Ronstadt-Linda’s nephew) as accompaniment.


The song selection featured the new album, with the hysteric and and bluesy “I’ll Take You Back,” the tender ballad “You’ve Got To Mean It, Too,” and the olde Enghlish drinking song "The Strongest Man Alive" giving the new material a nice show case.

I can never tell the fiddle tunes apart, but he opened with one of them accompanied by the cello, and threw in another later  performed with two guitars.  He also did "Summer Wages" solo, and I know I am forgetting a couple of tunes.


He acknowledged being in a church and talked about studying under Reverend Gary Davis, and at one point played an old hymn, “A Closer Walk With Thee.”

I only knew the title lyric, but the crowd knew all the words, and David encouraged them to sing it loud, and they did. At one point, he stopped playing, closed his eyes and listened, smiling.

This was no act.

The look on his face was that of a man who truly loves music in all of its forms.


For the last song of the main set, he dug out “Sharon” (accompanied by Michael on cello) and the encore was “Mr. Bojangles” (solo) from the Jerry Jeff Walker album where David got his start.


After the show, David spent some time chatting with the fans and signed a couple of my CD's. I would have loved to engage him in conversation both about his days with Reverend Davis and his hiatus from music, but I am sure every other fan there would have loved to converse, so I thanked him for all the years of music he had given to me, and went outside for the long trip back north.

It was a long drive there and back, but a very different show than I have seen from him. I think it was well worth it.