TAYLOR GOES ALL GODZILLA ON SPOTIFY

Another interesting article on the music industry, this one from The Detroit News:

I've added a few of my own thoughts and comments in orange text... 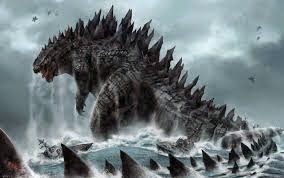 Taylor Swift sold 1.287 million albums this week, and the music industry is in more trouble than ever.

Swift's new album "1989" sold more copies its first week than any album since Eminem's "The Eminem Show" during its debut frame in 2003.

That's great news. DiscConnected-Is it? In eleven years, no other artist sold more than Eminem? Not that I begrudge Ms. Swift her success or her moment, but the record industry should be cautioned not to think that this is a sign of a return to the "old days."

Album sales have been trickling off for years, and Swift's album proves that with the right star, the right marketing and the right timing people will still buy albums in droves. DiscConnected-Again, one album is not a pattern-and one album every eleven years is more like an outlier.

Here's the problem. Swift pulled all of her music from Spotify this week, dealing a blow to the streaming service that is one of the industry's few bright spots and the model many are looking to as the future of music consumption. 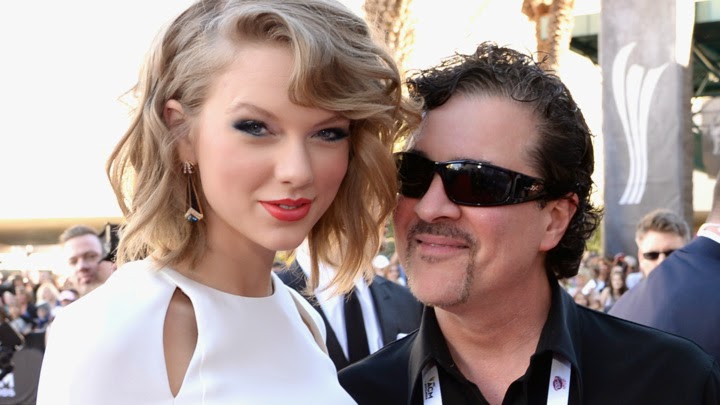 It's not unusual for big artists to withhold their albums from Spotify to juice their first-week sales; Eric Church and Coldplay both did it this year, and enjoyed two of the year's biggest debuts. Those albums eventually showed up on Spotify, but the Swift case is more severe. She's the first star of her caliber to outright yank her catalog from the service over money issues. Since she's music's biggest star, it's cause for concern that others could follow.

"I'm not wiling to contribute my life's work to an experiment that I don't feel fairly compensates the writers, producers, artists, and creators of this music," Swift told Yahoo! this week. "And I just don't agree with perpetuating the perception that music has no value and should be free." 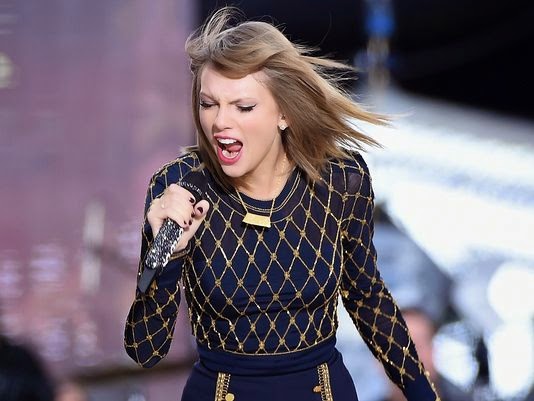 DiscConnected-not sure I agree with Ms. Swift here-radio has always been free, so has TV. You paid for cable to get TV without commercials-isn't the Spotify premium service the same model?

Plus, although Ms. Swift is cute as a button, either she or her management team are not demonstrating forward thinking. In the long run, as CD sales continue to decline, the streaming revenue streams will be the only revenue stream. Isn't something better than nothing?

Music sales have trended down for more than ten years. Maybe artists will have to accept that the future revenue streams are not going to be the same as the CD revenue streams of the 80's and 90's, when everyone in American replaced their vinyl record collection with CD's.

The current generation does not collect like my generation did. Young people consume music in different ways by utilizing new technology.

In my lifetime, a slew of industries have come and gone, and the people who were able to weather those changes adapted.

Spotify is a Swedish-based streaming music service that launched in the U.S. in 2011. From a consumer standpoint, without exaggeration, it's the greatest thing that has ever happened to music. It puts the history of recorded music, give or take a few artists — the Beatles, Bob Seger and AC/DC are notable holdouts — at your fingertips at all times. No more need for CDs or downloads or iTunes' cumbersome software. For music fans, it's nirvana. (And yes, Nirvana is on there, too.)

DiscConnected-Spotify has a comprehensive selection-if I did not already have my collection, I'd probably be on Spotify.
Spotify has a free model and a pay model; of its 40 million U.S. users, about 10 million of them are paid subscribers, according to the company's latest figures. The free version has ads, the pay models don't. For $9.99 a month, users can enjoy all the music they want, anytime and anywhere, and they can proudly count themselves among those who still pay for music. (And at $120 a year, they're spending about triple what the numbers say the average consumer pays for music on an annual basis.) DiscConnected-I feel good when I keep it to a $120 a month....

Artists are not as keen on Spotify, however. Despite the company's insistence that it pays 70 percent of its revenues to rights holders, artists complain they receive a fraction of a penny for every stream. DiscConnected-the author states this is a problem. Is it? Without knowing the costs involved in maintaining their technology, maybe a 30% margin after licensing costs is not excessive.  Spotify still has payroll, rent and other administartive costs, and is entitled to a profit.

That's a problem, but as a subscriber, it's not my problem to solve. It's something that needs to be worked out between Spotify, the labels and the artists. DiscConnected-wow-that almost sounds like a free market, capitalist sentiment....in America? Note to self-call Obama-the music industry needs a bailout.

Despite anomalies like Swift's blockbuster sales, CDs aren't coming back. DiscConnected-it is a concern to me that players are getting harder to find. How long before you cannot get a player for your car or home? CD drives are no longer standard in computers. What if you have 20,000 CD's with no CD player?

Downloads are also dead; too much hassle. DiscConnected-says who? What was the hassle, exactly?

That leaves streaming. It's the model the people have chosen, and we consumers play a pretty important role in this process. People are willing to pay for a good product, that's been proven.

DiscConnected-the author at times makes it sound like we as consumers have some sort of obligation to support streaming services.

If Spotify is sharing the ad revenue with the artists, isn't that the same as sharing the premium subscription fee?

It also amazes me how quickly the other formats have been abandoned.

Do not try to tell me that the cost of getting the CD manufactured and mailed to Amazon or Best Buy and then into my hands is not substantial enough that a record label would prefer I purchase the download. The price point on a download has never made sense to me.

I am not so sure that downloads are down because people prefer streaming-I wonder what consumption would look like if the "free" options on Spotify, Rhapsody and Pandora went away.

But there is no question that the business is changing (again? still?) and that artists and labels need to embrace what the public wants.

If you choose not to decide, you still have made a choice
-Neil Peart