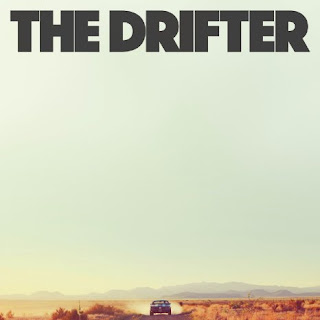 Mike Flanigin has been a working musician for two decades, as a member of the house band at Antone's in Austin and then making his Hammond B3 organ growl and purr for the crowds at the Continental Club Gallery, rubbing elbows with the likes of Kat Edmonson, Jimmy Vaughn, Billy Gibbons of ZZ Top and Gary Clark, Jr., all of whom play on his upcoming debut album, The Drifter.

Most of the album is made up of Flanigin's original songs, save for one cover, the title track, which comes from the first blues record Flanigin ever owned.

I like the album, although the styles are all over the map, making it a little uneven. I read that Flanigin wrote the songs with his guests in mind, which accounts for the variances in style.

However, when I say uneven, it doesn't mean I don't like it or that the songs are bad-it's just that some of the songs come as quite a surprise when a soulful number follows a blues rocker.

As I composed this, there were no studio versions out there to provide as a sampler, so I had to make my own.

And here's one that's somewhat organ-ic...

For those with the combination, the whole record is in the vault...