After a month off from blogging, including another music cruise, I do not know that I've come up with ideas on where to go with this blog, but I did have one idea.

Welcome to a little something I like to call "Conflict Of The Musical Groups," an exciting new feature where I list two versions of a song and you decide which one is better.

Now before we get started, I want to assure that this is 100% absolutely certified to be my original idea, and any similarity to concurrent posts by the following bloggers is purely coincidental, although I suspect they may have gotten the idea from me.

In spite of their shameless plagarism, you should check their blogs out!


Okay, so I'm kidding-this was their idea-I'm just a wannabe! 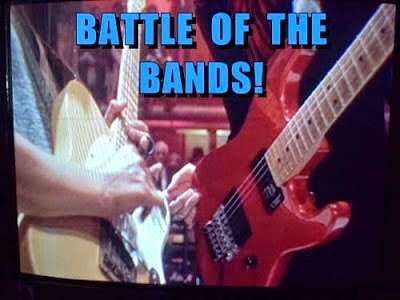 You may remember that my first several months of BOTB posts featured one artist (a certain Rundgren chap), and I think I mined his catalog to the limit, so I will resume now with an open field for as long as the muses inspire me.

And speaking of Marillion*, who I just saw on the 2014 edition of Cruise To The Edge, a few years ago they covered a Rare Bird song, "Sympathy," and I always liked their take.

Let me know what you think.

Which one do you prefer?

*Yeah, I know, I was not speaking of Marillion. I was just too lazy to come up with some kind of transitional prose.

Incidentally, if you are not familiar with Marillion's work, you should check them out.

Go to their site for a free CD sampler!

Here are a couple of other songs, and old favorite and two from their most recent album: