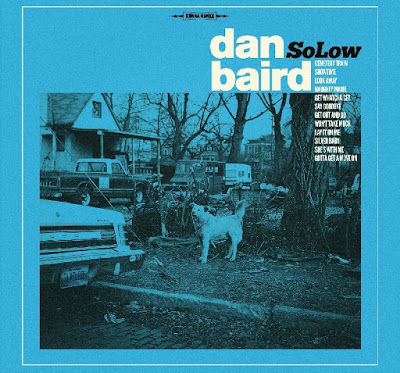 Dan Baird is best known for his hits "Keep Your Hands To Yourself" in 1986 with the Georgia Satellites and "I Love You Period" in 1992 as a solo artist.

He is often credited as a pioneer in cowpunk and alt-country music, which combines elements of rock music, country music, outlaw country, and punk rock.

In between some excellent music from his Dan Baird and Homemade Sin project, Baird gives us SoLow, playing every instrument himself (except drums played by Brad Pemberton), which explains the title (sound it out).

The most common themes on the record are aging and death.

"All aboard the cemetery train... let's drive it right into the ground”

"They say these are the golden years, but I have my doubts... my heroes are passing... pretty soon I'm going to do the same."

Dan has made a career playing boogie blues guitar riffs and this record is no exception, although often the guitar riffs are stronger and the melodies more memorable than previous outings.

Hooks are in abundance, and in a perfect world, all would be huge hits on radio.

It is not a perfect world, and Baird has remained a virtual unknown in the US since the early 1990’s.

You can be in on the secret-here's a song on SoundCloud.

And here's a video from You Tube: