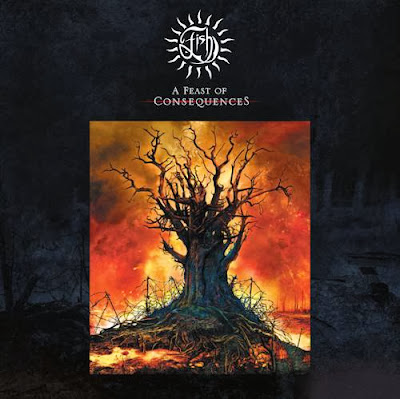 Regular readers of this blog will probably note that I mention the progressive rock band Marillion quite often.  I was introduced to the band back in 1990, just as they were bringing in a lead singer to replace Fish, who had just embarked on a solo career.


Interestingly enough, whether by design or coincidence, both the band and the solo artist have managed to maintain careers in a declining music business through savvy use of the internet. And while I would characterize Marillion as having mastered the 'net, Fish certainly has managed a living via the use of the online community allegedly invented by Al Gore.

For A Feast Of Consequences, his tenth solo album. Fish delivers an album that will not disappoint.


With delicate and unhurried song construction, rich yet unimposing production and layered with mood, tempo and instrumental changes, the record rocks hard where it needs to, and is subtle as silk songs warrant a gentle touch.


The record opens with a dark and somber atmosphere, the opening track leading into a more upbeat number and then to the sparse beauty of Blind To The Beautiful, which, if there were justice in the world, would already be all over the radio. Next up is the title track, catchy and anthemic.


The album’s progressive leanings shine on the five-part High Wood suite, five epic songs that tell a tale of war and it’s horror. The album finishes with a ballad and a “proggy” final number.


Fish fans will love it, progressive fans should love it, and but there are songs here that would appeal to most rock and roll fans. Available at Fish’s site in a deluxe version and standard jewel case edition.

BLIND TO THE BEAUTIFUL (live)