DRINKING OUT OF A BROWN PAPER BAG 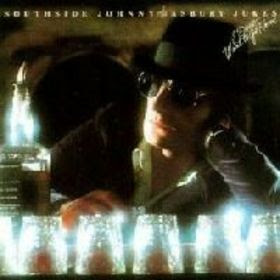 Now when Stephen asked me for my drinking songs list, I had the opposite problem. Only ten songs? Shouldn’t we start with every Tom Waits and George Thororgood song?

And I also had some reservations-if I can remember the songs, was I really drinking properly?

Drinking songs can mean so many things. They can be the “mug raising and toasting” songs, or the “hard core let me sip whiskey while I ponder this latest misfortune” songs, or the “love ain’t working out and I’m sad” songs. Some of each made my list.

Once again, in alphabetical order:

Hope That I Don't Fall In Love With You-Tom Waits

One Bourbon, One Scotch, One Beer-George Thorogood And The Destroyers

That Woman's Got Me Drinking-Shane MacGowan And The Popes

And once again, there were songs that wound up not sitting at the bar.

One Friday night in 1979, my best friend JPH and I listened to that Moody Blues record (Side Two) from somewhere around 7pm until we passed out well after midnight, all the while drinking away, but each of us too lazy to change the record.

We heard "Nights In White Satin" over and over again, but I still love the record. And I still consider JPH my best friend even though we've got a country between us and now we only get drunk together every few years. Salud, JPH!