DRIVING WITH THE TOP DOWN 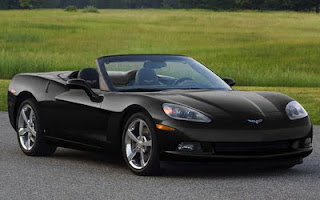 (Part One Of The Top Ten Drinking & Driving Songs List)
When Stephen McCarthy asked me to participate on this latest blog-hop, I was just a little apprehensive. After all, Stephen is from La La Land, where you’re pretty much born with a set of car keys in your hand, and in Phildelphia, you’re born with no shoes and if you’re lucky, a trolley pass.
All right, who am I kidding, I’m a kid from the suburbs. Driving just was not as much a part of my formative years as it was for Stephen because public transportation was plentiful, and while we were not poor, there was one car to share among six drivers. We did have shoes, though, except when I hid mine in an attempt to get out of going to school.
Not only didn’t we have cars, but for six months a year, the weather was not ripe for rolling down the window and letting the tape deck blow (who can tell me where that line comes from?).
But there were those times when the Rock would borrow his dad’s Cadillac convertible, and we’d all pile in and drive down to the Jersey shore with the top down in the Friday rush hour traffic (that was bumper-to-bumper all the way down the Atlantic City Expressway and the Garden State Parkway), and I thought of those summer songs that would make us sing along.
Some of these are those songs. Some are from years later, but could have been those songs if I had been born later and still had a friend with a borrowed Caddy convertible.
Sorry, Stephen-no Radar Love. And I hope everyone knew that Todd Rundgren was going to be represented on the list.

Life Is A Highway-Tom Cochrane

Here are some of the songs that did not make it to the finish line.
Highway Star-Deep Purple
The Weight-The Band
(I'm Gonna Be) 500 Miles-The Proclaimers
Roadhouse Blues-The Doors
Black Betty-Ram Jam
Mississippi Queen-Mountain
The Boys Are Back In Town-Thin Lizzy
Summer In The City-The Lovin' Spoonful

Tomorrow, I’ll post the drinking list. I was afraid if I drink and drive at the same time, I’d get pulled over...