Rick Huxley, the bass player and co-founding member of the Sixties pop group the Dave Clark Five, has died at age 72. 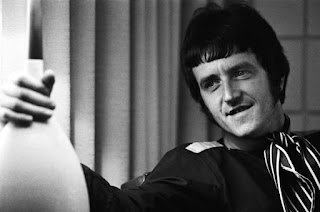 Huxley, a heavy smoker, had battled emphysema for years, though bandleader Dave Clark said the bassist had recently been given a clean bill of health. Clark called Huxley's death "devastating." "We'd talk once a week," Clark said. "I spoke to Rick on Friday, he was in great spirits."

Founded in 1958 after a previous incarnation, the Dave Clark Five were part of the British Invasion movement that brought the Beatles to America in the Sixties – in fact, the group appeared on The Ed Sullivan Show just two weeks after the Beatles in February 1964, and the Dave Clark Five's song "Glad All Over" knocked "I Want to Hold Your Hand" out of the top spot on the U.K. singles chart a month earlier.

The song was one of several hit singles by the Dave Clark Five, along with "Bits and Pieces" and "Everybody Knows."

The group was inducted into the Rock and Roll Hall of Fame in 2008.

"Rick was a dear friend and an immensely talented musician with an amazing sense of humor, he always made me smile," said Clark.

Huxley was born in the British town of Dartford in Kent, and remained in the Dave Clark Five until the group split in 1970. He then pursued a career in real estate and the music business.

With the deaths of saxophonist Denis Payton in 2006, and singer and keyboard player Mike Smith in 2008, Clark and guitarist Lenny Davidson are the only surviving members of the band.