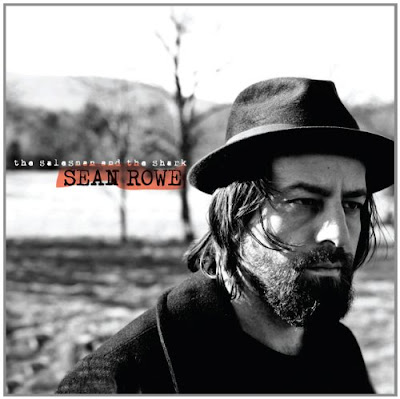 Sean Rowe has turned a lot of heads, a distinctive new singer-songwriter.

His second ANTI- release, The Salesman and the Shark, is his first with a full recording budget and time to hone his craft, allowing Rowe to deliver the album he has always envisioned.


The arrangements are ambitious-check out how "Horses" channels Desire-era Dylan and the songwriting beautiful- the duet "Old Shoes" finds Rowe harmonizing with Inara George over an almost unbearably lovely melody.

The Salesman and the Shark established Rowe as an artist; at its center is Rowe s astonishing voice, the instrument that has already earned him comparisons to masters from Van Morrison to Leonard Cohen.

The album displays a range of writing styles that showcase Rowe's intensely spiritual interaction with the modern world, and is sure to seal his reputation as a singer and writer for his generation.

Rowe is already working on a follow-up, using the Kickstarter platform to fund it.