Yesterday, I laid out the ground rules I followed when choosing my list. I know it's a few hours before the 17th, but some of us gotta work in the morning!
So, without any further rambling, here are the fifteen discs. Further insight onto each title selected follows the list should you care to read it.
(1) Todd Rundgren, “Complete Bearsville Box”
(2) Todd Rundgren, “Nearly Human”
(3) Utopia, “Ra”
(4) Utopia, “An Evening With Utopia”
(5) Al Stewart, “Modern Times”
(6) Bruce Springsteen, “Born To Run”
(7) Southside Johnny, “Hearts Of Stone”
(8) Graham Parker, “Squeezing Out Sparks”
(9) Tom Waits, “Closing Time”
(10) Todd Snider, “Songs For The Daily Planet”
(11) Popa Chubby, “Booty And The Beast”
(12) Jonathan Edwards, “Jonathan Edwards”
(13) Original Soundtrack, “The Commitments Deluxe Edition”
(14) Bob Dylan, “Blood On The Tracks”
Footnotes 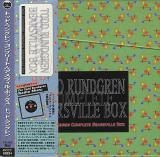 1-This was released in Japan in the early 90’s, and contains all of Todd Rundgren’s Bearsville catalog in one convenient box set. It’s got one UPC code, and is not a whole lot bigger than a double-sized jewel case. Before you cry foul, remember from yesterday’s post-there was a lot of discussion over multi-disc sets, and it was agreed that they count as one. Either you count each disc or you count each title

If my house were on fire, I might not brave the inferno and run upstairs for this, but if it were handy, I would grab it to save it from the flames. Todd’s music has pretty much been the soundtrack of my life since 1977 or so. It would not be beyond the realm of possibility for my entire list to be Rundgren titles. And I’d be pretty happy on that island with the selection.

IF there had been rules, and IF the rules said count each disc as one, and AS LONG AS everyone played by the same rules, I’d have selected “The Hermit Of Mink Hollow” as my other Todd Rundgren disc. While all of Todd’s music is pretty much a necessity in my life, “Hermit” has too many moments I could not live without.

Problem is,I’m not so sure that “The Ballad Of Todd Rundgren” would not have bumped something else off of the list. And let’s not even talk about 2008’s “Arena.”
My island happens to grow the best pot in the world,so I’m gonna bestoned and listening to Todd all the time. Now if only I can figure out how to grow a Doritos tree.
2-You may wonder why, if I can only bring fifteen discs, why more by the same artist? As

As stated above, Todd’s music has been an integral part of my life. His music has seen me through my highest highs and lowest lows. There’s a song on this album that I heard for the first time the evening of the same day I met a lady who I would end up feeling more for than any other on the planet. Even though the relationship eventually did not endure (sadly, kind of like in the song we were on different paths) the lady still represents one of the best people I’ve ever had the privilege to spend time with, and times with her are among the best times of my life. The song, “Parallel Lines,” never fails to make me think of her, and it brings out a smile and a little moisture in the eyes at the same time. The rest of the album is pretty good, too (Rolling Stone gave it a bunch of stars, and I think everyone should own a copy). 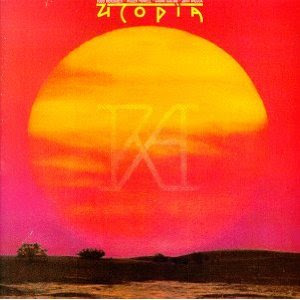 3-If you don’t already know, Todd Rundgren (see items 1 and 2) was the guitarist for Utopia. I went back and forth on this list trying to make do with one Utopia album. Had there been a Utopia Bearsville box, I’d have bought that, and it would be number 2 on this list. Instead, I went with “Ra,” which was my introduction to Todd Rundgren in Mr. William’s English class in 1977 (he played the second side’s epic in class as an example of how a short story could take different forms). I was hooked.
Mr. Williams (Thomas B.) is one of the original die-hards who sent in the postcard from “A Wizard A True Star” and so his name is on the poster that was included in the follow-up, “Todd.”
For any of you living near Akron, Ohio, the first ever performance of the “Todd” album in it's entirety is going to be featured at the third annual Rundgren Radio Birthday Bash at the Akron Civic Theater on Labor Day weekend. The encore will be a performance of the "Healing" album. Tickets still available. Hope to see you there! 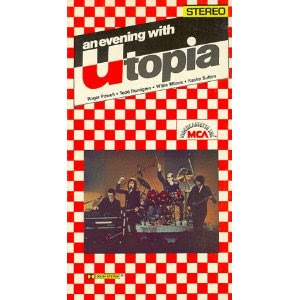 4-“An Evening With Utopia” is a bootleg lifted from one of my favorite performances (broadcast live on USA on Thanksgiving 1983). Sadly, the video has never seen a DVD release nor has the CD ever been released on a proper label. You may find this title in NYC in one of those stores that sells “imports” of questionable origin. On this night, the band was on, the sound was awesome (both USA Network and King Biscuit Flower Hour recorded it) and it’s coming with me.
5-I went back and forth between “Modern Times” and “Year Of 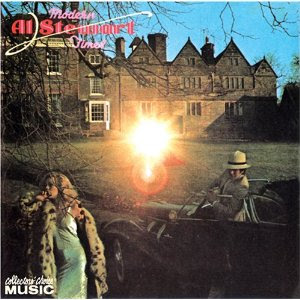 The Cat” for my Al Stewart disc, and landed on “Modern Times”
because side two is so strong. I almost wish I could take my copy
of the vinyl LP, but who ever heard of a turntable on a desert
island?
Side two is that good, with “Apple Cider Re-Constitution,” and “The Dark And The Rolling Sea” morphng into “Modern Times.” Produced by Alan Parsons (who also produced Dark Side Of The Moon) and featuring Peter White before he became and easy listening guitar icon.


6-Picking a Bruce album was hard. I landed on “Born To Run”

because it was pretty much the official driving music of my
high school years. I’d still contend that his second work was
a better overall album, but hard choices have to be made in
life, and with apologies to Spanish Johnny and Rosalita, there’s
goona be a 10th Avenue freeze-out on this island!
7-Southside Johnny never really got the attention I felt he deserved, but I always thought he had the better voice of the two Asbury park acts that broke out of the Garden State in the seventies. This was a hard choice, and I almost caved in and took “Having A Party,” which is a best-of, just because I can’t believe I’m about to go off with the Professor and MaryAnne and not be able to hear “I Don’t Want To Go Home” ever again.

But most fans agree that HOS is SSJ’s best single album, and
every song on it is good, and I’m goona go with it. Better not
make your hut too close to mine, because when I’m not
keeping you up with snoring, I’m probably going to be
singing the songs I left behind in my sleep.


8-I always thought Graham Parker was a better angry

young man than Elvis Costello. Even though he started
recording first, he seemed to be given the title of an Elvis
soundalike. This album may be one of his finest moments,
and since I’ve gone through so many copies, the version
I’d bring has the”Mercury Poisoning” bonus track.
Graham is still recording to this day, and while he’s older,
he still appears to be pissed!
9-Mr. McCarthy has said a lot about Tom Waits on his blog,

so I won’t go into the same things here, except to say this man
was one of the greatest lyricists in the game in the seventies.
I almost went with “Heartattack And Vine” for this list, but
had to go back to the first album. “Last call for drinks, I’ll
have another Stout!”
Hopefully, I’ll find a case of Guiness washed up on the beach.

10-Back when the term “alternative radio” meant something, Philly had a station. I think I had to wire my antenna to the microwave to get the reception. They played Todd’s (no, the OTHER Todd) “Talking Seattle Grunge Rock Blues” one day, and I rushed out to buy “Songs For The Daily Planet.” I listened all the way through, and no Seattle song. Are ya kidding? I listened again. What a great album, but no @#$% Seattle song. Then I kind of dozed off, and the CD played through the two minutes of space and got to the hidden bonus track, which was, of course, the Seattle song. This was probably my favorite 90’s album (except for Todd Rundgren releases). He still can write, but his later albums are all acoustic, and the style doesn’t hold up for me over an album’s worth of material. This is another CD everyone should own.

11- Born Ted Horowitz, Popa Chubby is a true native son of the Big Apple. He grew up in the neighborhood immortalized in Robert DeNiro's film "A Bronx Tale." His early memories of hearing the jukebox in his parents' candy store playing the hits of early Sixties soul and R&B and the neighborhood teens flocking around it made a lasting impression on him. Picking a Popa Chubby album was not difficult-his major label release, “Booty And The Beast” was a classic.

I gave my guarantee on this disc to at least 20 people (I told them if they bought it and wanted to return it, I’d buy if from them) and there were no claims made for refunds. Ted is the BIGGEST and BADDEST man playing rock-laced blues (don’t let the cover fool you) and he can play some gee-tar! 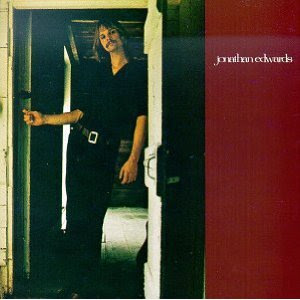 12-Jonathan Edwards doesn’t make it to the southwest, so the last time I saw him was in 1993. I remember when he played “Sunshine” for an encore, he joked about everyone in the back thinking “That’s who this guy is.” “Sunshine comes off of his self-titled debut, a folk-rock, bluegrass masterpiece that’s as close to country as I get. Try listeningto “Shanty” without stomping your feet!
13-When I first saw the movie “The Commitments,” I remember hearing the singer, Andrew Strong, and thinking “This kid’s got pipes!” He was a kid-seventeen, I think, when the picture was made back in 1991, and for some reason he never made it after that. The soundtrack sold

exceptionally well, and I’d recommend the deluxe edition. His solo discs never took off, but the man has a strong voice, and he covers the classic soul songbook with a nice side order of rock sensibility.
14-Believe it or not, Bob Dylan almost did not make the cut. Stephen T. McCarthy was scandalized when I told him it was possible that a Dylan album may not accompany me to the island. But I reevaluated and decided that “Blood On The Tracks” really was a better album 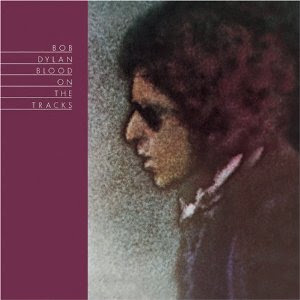 than any single Warren Zevon album, and also better than Bob Seger’s “Against The Wind.”. So unless I were to compromise my principles and bring a compilation (either Zevon’s or J. Geils Rhino anthologies would have been in the running), I had to give Mr. Zimmerman the nod. Which brings me to….
15-Rickie Lee Jones’ debut album was in and out a few times. I’d toyed with Tori Amos’ Little Earthquakes, which is a fantastic record, but Rickie Lee was just a better songwriter, at least in the early days of her career. She was from the Tom Waits school of imagery, but kind of followed Tom’s path into free-form weirdness after her second album (which is almost equally as good).

So there you have it. Fifteen titles, a little bit of sleight of hand with selection number one, but no greatest hits collections in the lot. If you've never heard of some of these artists, I'd encourage you to give these titles a spin.