BLINDED BY THE HYPE

Nobody talks about music anymore.

We used to. Remember?

When music used to be a driving force in our culture?

When the release of a new album was an event?

As much as I love the music I grew up on, classic rock needs a makeover.

It’s one thing to appreciate those that blazed the trail, but we’re holding on to some of these “icons” for too long.

Young people need their own icons.

The legacy acts don't want to face the fact that they're oldies acts.

When you say the words "new song," if your audience heads for the concession stands and restrooms, you're no longer relevant.


Go out to the Native American casinos and play the hits. Your time is done.

The only person who seems to get this is Billy Joel, who hasn't released a new album since 1993 because he knew back then no one wanted to hear it.

But where will these new icons come from?

Based on the bang-up job they're doing so far, I doubt it.

Rock music did not used to be about topping the charts, it was about finding music that needed to be heard.

John Hammond signed Bruce Springsteen first and then after the album was recorded, he figured out how to market it. 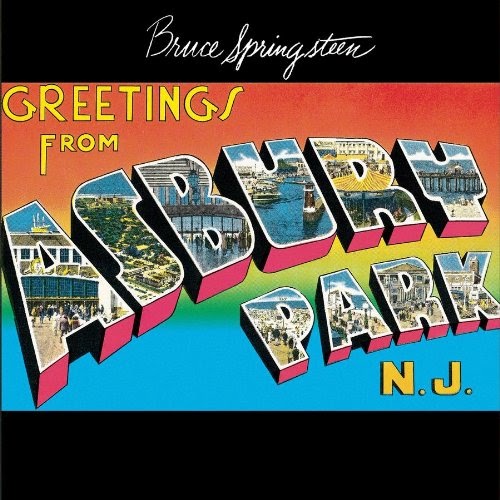 It took three albums to make a splash, and it was not until his seventh album before he was a mega-star.

In today’s music business, Bruce releases Greetings From Asbury Park, it’s a dud, and he’s not even a one-hit wonder (unless maybe Manfred Mann still do their version of “Blinded By The Light,” and he becomes a pop-up word balloon on VH1).

And worst of all, Stephen T. McCarthy has no Battle Of The Bands post for June 1st!

There would be a payoff.

Because the mainstream never gets it at first.

I see it with my own friends.

I remember playing Hinder for one friend and Fun. for another, and both of them telling me to "turn that shit off."

But when both acts hit it big within the next year?

For them, and for most of America, music does not exist until it is mainstream. It was not until one read about Hinder in Rolling Stone and the other saw Fun. win a Grammy that the music was real.

Before that, it's just crazy Larry with some other obscure CD he wants us to listen to.

The big acts got their starts as niche acts with other crazy people doing the early listening.

People who actually explore the music that's out there instead of waiting for the Grammys, Casey Kasem's and American Idols of the world to tell them what to listen to.

But no one wants to lead, and of course, the corporate paradigm is about profits now, not building for the future.


So we get the same old song, with a different beat…

But when the last member of the E Street Band heads for that reunion in the sky, who will be there to carry the torch?

Added June 7, 2014-In preparation for a future post, I reread this post (which I composed a couple of weeks ago) as well as a post on another blog.


As I reread it, I realize that more than using his post as inspiration, I've paraphrased many of his original thoughts and wanted to take this opportunity to give him the credit he is due.


I did not realize (until today)how much I was dipping into Bob's post as I composed this, and while I did add my own spin, many of the core ideas were Bob's, not mine.


I felt an apology and an acknowledgment to Mr. Lefsetz were in order. I offer both to him and to my readers.