Figuring he has another decade to live, David Crosby said he'd love to do one last tour with Crosby, Stills, Nash and Young before he dies. 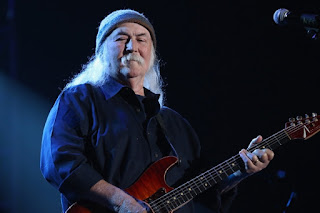 "Look, I have maybe 10 more years, if I'm lucky," Crosby, 71, told the Wall Street Journal in an article that focused largely on his passion for sailing. "I have hepatitis C, diabetes and heart disease. I'm managing them. I'm going to the gym three days a week, I'm feeling strong and I can still make audiences feel great.

"My dream? One more tour with Crosby, Stills and Nash and my friend Neil [Young]. From there, I'd be fine. I'd be able to sail. I'd live. And I'd be happy." 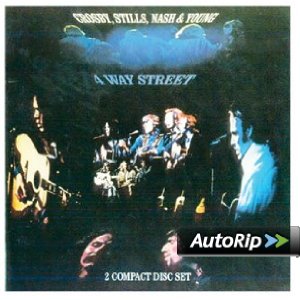 Young joined Crosby, Stills and Nash in 1969 for a tour that included a performance at Woodstock. The foursome released their first album, Deja Vu, the following year.

Young had already left the band by the time they released 4 Way Street in 1971. He returned in 1974 for a tour that will result, nearly 30 years later, in a live album that is due out in August.

At least one other member of the band is also keen to tour after they release the new album. "In my perfect world – and I'm only talking about what I would do – I would delay the release of this until the spring of 2014," Graham Nash told Rolling Stone in April. "I would ask David and Stephen and Neil to take three months off their busy lives and go out on tour to promote this record."