ODE TO THE RUNT ALBUM (OR, WE GOTTA GET YOU A SUPPORT GROUP)

What’s the definition of a dependency problem? 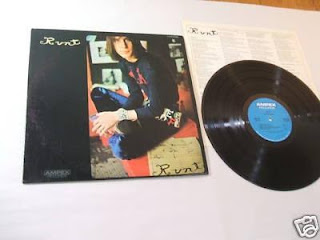 Back in high school, I shelled out a pretty penny for a copy of the Runt album (with the blue Ampex label), which was by then out of print. This is considered to be Todd Rundgren’s first solo album, although on that release, Runt was identified as a trio consisting of Rundgren (guitars, keyboards, vocals), Hunt Sales (drums), and Tony Sales (bass). The entire album was written and produced by Rundgren, and contained the single “We Gotta Get You A Woman” which became Todd’s first top 20 single (he had six top 40 singles, another  six placed in the top 40 mainstream rock or electronic charts).


And of course, I had to have a copy of the mis-pressed Bearsville label edition that contained alternate versions and different tracks when the wrong master was used and Ampex decided to sell them anyway.  There were only about five thousand of these and you could only spot them by counting the tracks on the wax. A true holy grail for Todd faithful.


In the mid-80’s, Rhino records released Todd’s catalog on CD, and I snatched it up.


In the mid-90’s, Warner Japam released a nifty box set of Todd’s Bearsville catalog in mini LP sleeves, and I had to have that, if only for the CD release of the mega rare Radio Show promo that I’d NEVER seen on vinyl.


Japan was not done with me-they did individual mini LP reissues with high definition remasters in the early 00’s, and guess who bought them (even though the bonus tracks were scarce)?


And in 2011, Todd signed with Esoteric in the UK, and an affiliate label reissued his catalog with even more bonus tracks. Guess what?


By my count, I have purchased Runt six times, and since I seem to have acquired a copy of the Rhino LP from the mid-80’s, it could be seven (although I honestly do not remember buying that, so it may have been a bargain bin purchase for a buck, which I don’t think should count).


The definition of a problem is buying the Friday Music 180 gram deluxe LP reissue that came out this week. 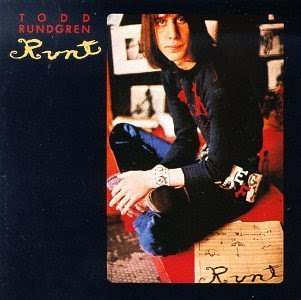 
The sound is good-the jacket advertises a painstaking remastering process, but my equipment is probably not the best to form an opinion on that. The sound is clean, with the occasional click and pop that lets you know it’s a record (and quite frankly, creates an atmosphere that is missing on a CD), and the album, while not his most cohesive, has a bunch of standout tracks in addition to “We Gotta Get You A Woman.”


A 180 gram edition of The Ever Popular Tortured Artist Effect was released the same day in a similar package, although the label here was unusual.  It’s a replica of the seventies style Warner label (with the palm trees, but with Friday Music name and caralog numbers).

Neat idea, but this album had been released on Bearsville. The only Todd albums on Warner were A Capella and Nearly Human, and they were on the white label Warner was using in the late 80’s. 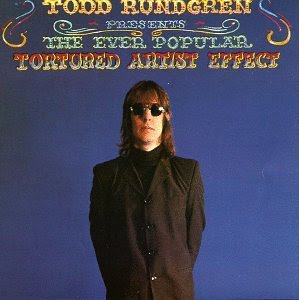 Which makes me wonder if I have my hands on another pressing error.


Similar comments on the sound on TEPTAE, which had a lot of solid music that was overshadowed by the novelty “Bang The Drum All Day.”  That song, incidentally, made it to number 63 on the “normal” chart, and number 29 on the mainstream rock chart. And it gets played to death, but it is far from the best track on the album.


“Hideaway” should have been a massive radio hit, as well as “Don’t Hurt Yourself” and “Drive.”


The 180 gram vinyl certainly is impressive-it puts to shame the flimsy vinyl they were pushing on us in the waning years of vinyl. It has a realt weight to it and it is hard to imagine this warping.

I do hope Friday Music will look at some of Todd's nineties output that was never released on vinyl in the US (Second Wind, No World Order, The Individualist, With A Twist, One Long Year, Up Against It). And dare I hope for a vinyl release for Arena or Todd Rundgren's Johnson?

Was this purchase a waste of money?


An indication of a dependency problem?

WE GOTTA GET YOU A WOMAN