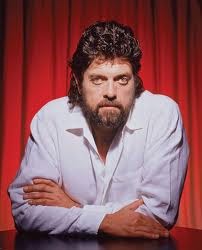 Alan Parsons dabbled with live performance in his late teens before landing a job at Abbey Road Studios at the age of 19.

He was fortunate enough to work as assistant engineer on the last two albums by The Beatles and after he qualified as a fully-fledged recording engineer, he went on to work with Paul McCartney and The Hollies among many others. 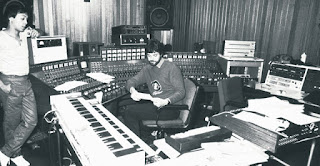 But it was his contribution as engineer on Pink Floyd's classic Dark Side OF The Moon that really got him world attention. That soon led to striking successes as a producer - notably with Pilot's Magic, and Al Stewart's Year Of The Cat, along with two albums by progressive rock band Ambrosia.

In 1975 he met Eric Woolfson who not only became his manager, but joined forces with Alan as a songwriting and performing partner for what became known as The Alan Parsons Project. The APP's debut album, Tales Of Mystery And Imagination based on the works of Edgar Allan Poe paved the way for a signing to Clive Davis' newly launched Arista label and a string of hit albums, namely I Robot (1977), Pyramid (1978), The Turn of a Friendly Card (1980), Eye in the Sky (1982), Ammonia Avenue (1984), Vulture Culture (1985), Stereotomy (1986) and Gaudi (1987).

Oddly enough, the band never performed live during their heyday, and it was not until after the "group" dissolved that Parsons began touring. Sadly, Woolfson died a few years ago, closing the door on a possible reteaming of the two talents, but Parsons continues to tour sporadically.

The Alan Parsons Live Project played two shows at the Talking Stick Resort in Scottsdale, AZ, a couple of weeks ago. 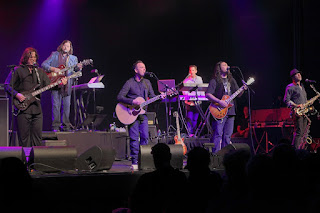 While waiting for my friend to arrive, I killed time in one of the casino bars (drinking Fireball, natch!), and observed a guy walking by a couple of times who looked like Chris Squire.

I said to the guy next to me-"That guy looks like Chris Squire!"

He looked at me funny. 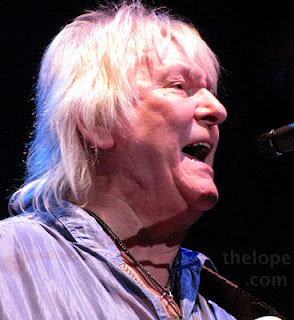 During the show, Alan commented about the second Yes bass player there tonight, and that guy who looked like Chris Squire was sitting down in the front!

Small world. I keep forgetting that Chris Squire has a home in Phoenix (although why he would be there in June is beyond me).

The concert was far better than I expected (not that I expected a bad show), but they played the songs with a little more edge than the albums had. Like the albums, vocal duties were shared, with Alan taking lead on a few songs.

A good show-I am glad I got talked into it.