DON'T TAKE YOUR FATHERS FOR GRANTED

Well, we didn't actually lose him, we know right where he is, but you know what I mean.

This post is not meant to elicit sympathy-my father had a good, full life of eighty-five years, and was all there in health and mind right up until the last couple of months.

This will be my first father's day without a father. I spent a lot of them thinking "shit-gotta remember to call Dad!" as if the phone call was a chore.

This year I wish I could call him. Turns out, the phone calls were an opportunity , or maybe a privilege.

Anyway-don't take you fathers (or mothers, for that matter) for granted.

You only get so much time with them.

If you're not speaking, pick up the phone and mend the fence.

If you haven't called in a while, do it!

Most people probably think of "Cats In The Cradle" when they think of a father-and-son song, and that's a good one. So is Cat Stevens' "Father And Son."

But I've got another one I want to feature today. I always loved the song "Watch Baby Fall" by David Bromberg.

Even though I never got married and had children of my own, I'd always thought the hardest part of parenting had to be knowing when to stop protecting them and letting them fall on their own, and David just NAILS that emotion with this song. 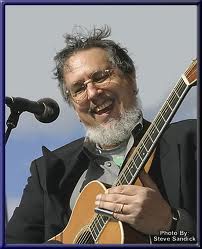 If youi've never seen David, I'd suggest trying to catch him while you still have the opportunity. His last album, Use Me, is a masterpiece, and he's got a new one on the way in September. 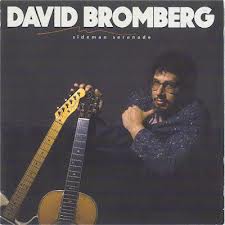 When Tommy was born he was the light of my life
My own little baby boy
And I could hardly believe that one little soul
Could fill up my life with such joy.
You know how it is when a kid learns to walk
When he stumbles he'll just sit there and bawl.
It was hard it was sweet as Tom found his feet
Just to be there to watch baby fall

They grow up way too fast, and Tom was a scamp
He wore more band-aids than clothes.
Tom had more ways of skining his knees
Than any six children I know.
Well he chased me away
From his brand new two-wheeler
When I tried to coach him and all.
So I watched with pride as he learned to ride
And I winced every time he would fall
But I stayed there to watch my child fall

Tom didn't like school much, and he ran with a crowd
Just how boys get in their teens.
He might have been wild, but he still is my child
And no one could say he was mean.
Well it was Tom who got caught
When the boys robbed a rich man
And Tom took the heat for them all.
The judge thought it best to send my child to jail
And I could do nothing at all
Except to stand there and watch my boy fall.

Thanks for always being there, Dad!

Here are videos for the other songs I mentioned...

CATS IN THE CRADLE