There are some musicians for whom rock and roll never stops. Tom Petty, who remains, for the most part, out of the celebrity-laden overload of this media-crazed world, is, indeed, far from “free fallin’” from his illustrious musical career.

In addition to that feat, Petty’s annual “Petty Fest” is taking place at the Bowery Ballroom in New York City on Oct. 28, 2010. With performers like Adam Green, Norah Jones, Will Forte and Jason Sudeikis Of “Saturday Night Live,” Nicole Atkins, Nikolai Fraiture of The Strokes, Catherine Pierce, Jesse Malin, Tyson Ritter of The All-American Rejects, Reeve Carney Star of U2’s “Spider-Man” musical, Jody Porter of Fountains Of Wayne, Sammy James of The Mooney Suzuki, Steve Schiltz of Hurricane Bells and Longwave, Antony Elis of Five O’Clock Heroes and Mikki James, the possibility of others showing up for this icon’s 60th birthday fest are endless.

And, proving that his 60 is the new 20, this mellow music master is releasing an expanded and remastered deluxe edition of “Damn The Torpedoes” on Nov. 9, 2010, in North America and Nov. 15, 2010, in the rest of the world. The deluxe edition features previously unreleased tracks from the “Damn The Torpedoes” sessions and will be available with a choice of four formats: two CDs; one audiophile quality Blu-ray disc; two 180-gram vinyl LPs; and as an iTunes LP download. 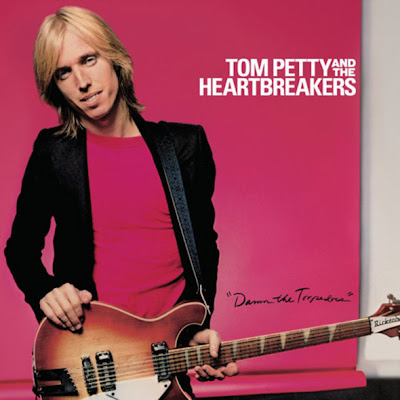 All formats of the deluxe edition will come with nine additional bonus tracks not included on the original album. Seven of these tracks are previously unreleased, including two studio tracks from the original “Damn The Torpedoes” sessions: “Nowhere” and “Surrender.”

The never-before-heard “Nowhere” was thought to have been lost in 1979 when the tape boxes were being moved daily to avoid the possibility that court bailiffs would claim them as part of Petty’s assets in the lawsuit at the time. The original 1979 recording of “Surrender” is also included on the bonus disc. “Surrender” was a mainstay of Tom Petty and The Heartbreakers’ concert set lists for many years, although this original studio version recorded for “Damn The Torpedoes,” which includes Stan Lynch on drums, never saw the light of day until now.

Also included on the bonus disc is the original demo for the B-side “Casa Dega” and an alternate take of “Refugee,” as well as a trio of live performances at London’s Hammersmith Odeon (March 6, 1980), including “Don’t Do Me Like That.”

The vinyl and Blu-ray versions of the deluxe edition also include a free download of the entire album in one of three high-quality digital formats.