The departing Morse planned to make Christian-themed solo projects, but for his brother and the remaining Spock’s Beard members, the future was anything but sure. 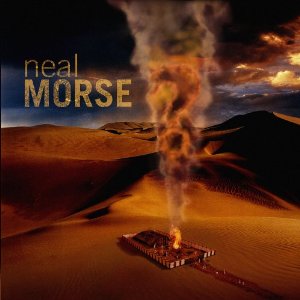 “We didn’t really know (what to do),” Meros stated. “We just decided we really liked playing with each other and this band had been the best thing any of us had ever done. We couldn’t just walk away from it. We had to at least try. … (Neal) was really supportive of us and he really wanted us to keep going. … In some ways, it was a gigantic gift. He started this band and made it what it was, and right at its peak, he handed this whole franchise over to us with his blessing.” 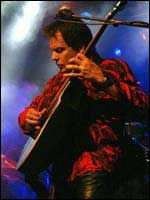 In retrospect, Snow actually had some clues as to the band’s next move, since it featured D’Virgilio singing lead on two songs, one of which, “Looking for Answers,” he wrote, marking the first time a band member besides Neal Morse had a solo composition on a Spock’s Beard album.

Replacing Neal Morse presented multiple challenges. Not only was he the band’s lead singer; he also played keyboards and guitar, was instrumental in the albums’ production, and perhaps most significantly, wrote nearly all of the band’s material.

Okumoto and Alan Morse, both virtuosos, could handle the instrumental parts. The big questions were, who would write the songs – and who would sing ‘em? 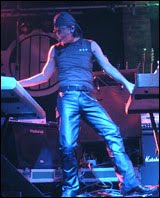 Different scenarios were considered. “We were all looking for singers,” Meros said. “Thomas from InsideOut was suggesting Ray Wilson,” who briefly replaced Phil Collins in Genesis for 1997’s Calling All Stations – an album that, coincidentally, features drumming by D’Virgilio on four tracks.

While Wilson fronting Spock’s Beard would’ve been interesting, the fact that he lived in Europe made this scenario difficult. But someone already on the Spock’s team wanted to borrow a move from the Genesis playbook. 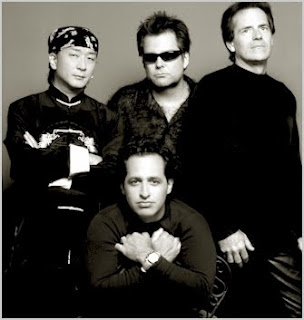 A strong vocalist in his own right, D’Virgilio had already sung on his solo album, Karma (2001), on various outside projects, and on Snow, but this transition wasn’t a slam-dunk. “I had to convince the guys,” he said. “It took them a little while to accept that, but they ended up going ‘Yeah, it’s cool.’ But they asked what we were going to do when we play live, and I said ‘We’ll worry abut that then’ and we went from there.”

“Nick’s the only one who could really pull it together singing,” Alan Morse said. “Ultimately, he was really into it. It seemed like it worked well for Genesis. It was like, ‘OK, do we want to bring a whole other personality into this thing?’ It didn’t seem like that was such a great idea. We just felt like we (had) to hit the ground running. We wanted to hit people really quick with something so that they’d know we were still around.”

The parallels to the Genesis story did raise some concerns. “We didn’t think about it at first,” Meros recalled, “but when I got home that night I thought, ‘Wait a minute. The singer that everybody based the band around quits, the drummer becomes the singer, and that was after the sixth record, which was a double concept album. The prog fans are going to have a field day with this!’”

Pushing such worries to the side, the band moved forward, beginning work on its first CD without Neal Morse. The future was uncertain, but one thing was sure: Spock’s Beard would continue.