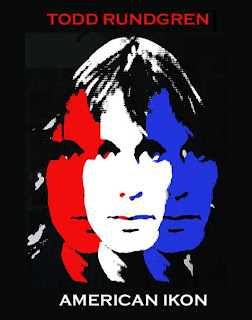 Some 400 high school students in San Juan Capistrano ran through classrooms, locker rooms and their school quad dressed in feather boas, tin-foil outfits and one dressed as the Burger King.


It may have been Oct. 29, but it was not for Halloween. It was an attempt to make the San Juan Hills High School arts department look cool by lip-syncing to a 1980s pop song that starts with the lyrics, "I don't want to work. I want to bang on the drum all day."

San Juan Hills High School students mug for the camera during the taping of a music video in which they lip-sync Todd Rundgren's song "Bang the Drum All Day."

The visual and performing-arts department often makes an informational video to encourage middle-school students to get involved with the arts. The video from last year started with classical music and bullet points. That was boring, according to students tasked with creating this year's video.

Then came "lipdub," a form of music video made from one continuous shot that features people lip-syncing a song that's dubbed in during editing. Several months ago, two rival high schools from Washington created lipdubs for an informal competition that became cable news fare. The founder of Vimeo, a video host site like YouTube, claims to have coined the term.

"Our goal was that we wanted to be the most fun department and the most fun school," said Brian Devaney, the video production teacher who organized the stunt. He divided students into teams tasked with gathering groups from arts classes, from orchestra to dance. The students chose Todd Rundgren's "Bang the Drum All Day" for the music video.

The school couldn't afford a steadicam – a stable mount for a camera that's set on a moving object – so some students built one using instructions they found online. The camera appears to be running after singers as they make their way through dancing crowds on campus.

Principal Tom Ressler has asked Devaney's students to do another video at the end of the school year, incorporating the senior class for a final send-off.

"We really want (students) to get interested in the arts as a freshman," Devaney said. "We want them to take a drama class or take a video class and find their passion."