Continuing my presentation of the Goldmine article on progressive rock band Spock's Beard (also available on their website, www.goldminemag.com). 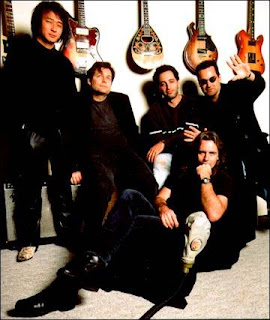 
Released in 1996, Beware of Darkness showed a band that had matured by leaps and bounds since its first album. The addition of Okumoto in the studio on Hammond organ and mellotron added greatly to the mix while the other members grew in instrumental proficiency. The band was evolving vocally as well; one song, “Thoughts,” featured intricate acapella vocals, a homage to one of the band’s major influences, Gentle Giant. Another highlight was the title track, a progged-up cover of George Harrison’s All Things Must Pass classic.

The making of this album was not without drama. The band had been working with Kevin Gilbert, a producer/engineer of note who also was an artist and songwriter with credits including Toy Matinee and work with Sheryl Crow. D’Virgilio recalled, “He had mixed the first three tracks (for Beware) and we were scheduled to go to his place and mix another three, and we found out he died. The guys were waiting at the studio, wondering why he was late, and I had to drive over there and tell them that he wasn’t coming. That was a little dark cloud over the record.”

With Gilbert gone, the band hooked up with a new engineer, Rich Mouser (who remains with them to this day), for the next Spock’s Beard album, 1998’s Kindness of Strangers. “That was the one where we decided that maybe we should start to cross over, a little more accessibility for non-proggers,” Meros stated. “We (still) do a lot of Kindness live; it’s got that impact where the songs really translate well live.”

The trend towards accessibility continued with Spock’s 1999 release, Day for Night, so much so that the album risked alienating the band’s steadily growing cult of followers. “That, I think, is a bit stronger foray into trying to get a hit,” Meros said. “I can’t really speak for what was going on in (Neal’s) head but that’s the feeling I got, (he was) trying to be more like Jellyfish of some of those alt art-rock bands going on right around then. That one got panned a little bit by the press.” 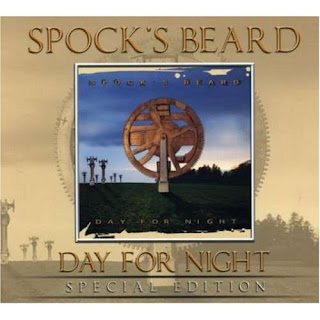 Despite this mixed reaction, the band’s popularity continued its steady growth trajectory. “Each record was progressively making us a little bigger,” D’Virgilio stated. “Day for Night lifted us up to the next level for sure. … We started to go, ‘I think something might be happening here.’”

Something was happening. The band was on the brink of making its masterpiece, to be followed immediately by the worst thing imaginable.

Spock’s Beard got back to its progressive roots on its fifth album, the aptly titled V (2000), and the result was the band’s biggest CD yet. “That was the breakthrough record,” D’Virgilio said. “We opened up for Dream Theater a couple of times, did a headline tour over in Europe, we were playing in the States and pulling in decent crowds. … We thought we’d hit the threshold. This was our time to really go for it, but I think Neal knew he was going to quit by then.” 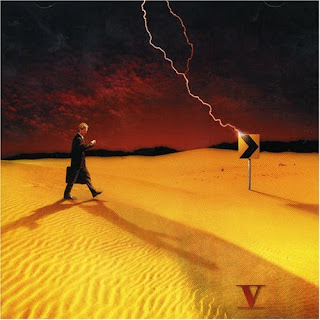 “It was really the peak of Spock’s Beard,” Meros added. “There was a buzz going on. It seemed like it might happen.”

What did happen was that, in 2001 Neal Morse decided the time was right to create the band’s magnum opus – in classic prog tradition, a double-album rock opera to be titled Snow. Its creation would be fueled by tragedy.

“Neal had been writing Snow for quite a while,” Meros recalled, “and he was sending out demos to us … we did a bunch of rehearsals and we were going to start recording. Neal was thinking about it and said, ‘You know, this record isn’t right. I’m not satisfied with it. So let’s just go home and I’m going to work on this.’ That was on September 10th.”

When 9/11 happened the next day, with airlines shut down, Neal Morse drove home from Los Angeles to Nashville. This gave him time to rethink Snow from the perspective of those tragic days. In fact, The Making of Snow DVD shows him writing new lyrics while making the long drive.

“He got home and completely rewrote Snow,” Meros continued. “He trashed 90 percent of it and started from scratch. I thought, ‘Oh my God. He rewrote a double record.’ … It was a lot better, but it was a completely different record.”

The two CDs told the story of John Sikeston, an albino nicknamed “Snow” who has, according to the story summary on the band’s Web site, “a special kind of a gift for seeing into people’s lives.” Some saw the plotline as an allegory for the saga of Neal Morse, a gifted man who could “heal” people with the power of his music. The album’s subtle-but-omnipresent Christian themes turned out to be a foreshadowing of what was to come. 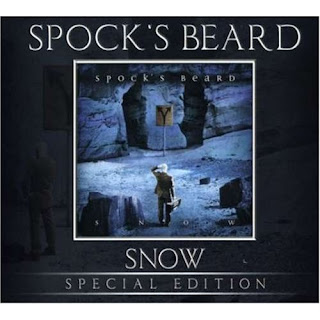 On the surface, all signs were positive. The band had strong support from InsideOut (“We got a big fat advance to make Snow,” D’Virgilio said) and was looking forward to its most spectacular tour yet, triumphantly playing its greatest recorded achievement to date. Then the worst happened.

“We’d finished the whole record, and came to this little studio to record some acoustic stuff,” D’Virgilio recalled. “We did the recording and then listened to Snow, and (Neal) decided to tell us after that that he was leaving the band.”

“He was going more and more in a Christian direction, which isn’t something I am particularly into,” said Alan Morse. “I never figured he would bail until he just came in and we were all like, ‘WHAT?’ We were all pretty shocked, especially since we had just finished making this record, it was a lot of work, and we can’t even go on tour for (it).”

“Every record is a big struggle,” Meros said, “and that one, being a double record, and him going through a personal transformation, it must have been 10 times the struggle for him.”

Whatever his reasons, Neal Morse had left the band he started.