Although this blog is mainly about music, there are some events that are too important not to make mention of. Many of you might not have known that Leslie Nielsen was in the hospital.

It's a large building where sick people go, but that's not important right now... 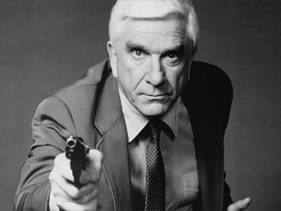 On November 28, 2010, Leslie Nielsen died in his sleep in a Fort Lauderdale, Florida hospital of complications from pneumonia.

Although Nielsen's acting career crossed a variety of genres in both television and films, his deadpan delivery would make him the "Olivier of spoofs" (in the words of film critic Roger Ebert). His portrayal of serious characters seemingly oblivious to (and complicit in) their absurd surroundings gave him a reputation as a comedian.

Even though I knew every line in the 'Airplane' and 'Naked Gun' movies, they never got old. Nor did Nielsen, so it seemed, his white helmet of hair leaving him almost unfairly frozen in time. It was with great sadness that I learned of Nielsen's passing on Sunday at the age of 84.

"Surely you can't be serious?" I screamed at the heavens.

"I am serious," replied a voice in my head, quoting the line from 'Airplane', "And don't call me Shirley." 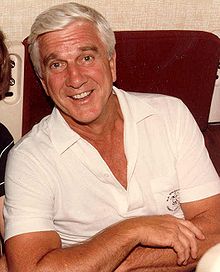