CHILD OF THE SEVENTIES VISITS THE SWAMP

BETTYE LAVETTE: THE SCENE OF THE CRIME 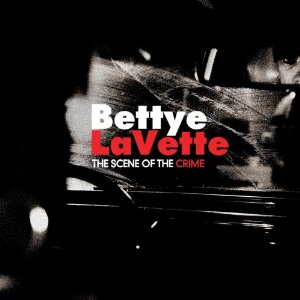 n her 2007 album, Bettye enlisted some "dirty south" rockers The Drive By Truckers as her backup band. I must admit to being a little apprehensive of pairing long-time R&B icon LaVette with the Drive-by Truckers, but it worked. LaVette's whiskey-stained voice mixes well with the swampy backing band, all produced by the Truckers' own Patterson Hood.

The end result is a greasy mix of dialed down Southern rock behind inspired and rugged R&B. LaVette's voice infuses the songs with raw emotions, a fierce mix of pride, hurt, resignation, sadness, strength, and humility--traits that make her one of the finest R&B singers of her generation.

With swampy guitars, slippery Wurlitzer piano, and a driving backline, this record conjures up the spirit of great loose 70s bands like the Faces while offering Bettye an urgent, vital setting for her razor-sharp vocals.

Recorded in Muscle Shoals, AL, where she recorded "Child Of The Seventies" in 1972 - a masterpiece that was shelved then released 30 years later. Returning to Muscle Shoals was like returning to the scene of a crime; thus the album title, and the intense, personal music within.


At 61, LaVette is enjoying what would be a career resurgence if her 1972 masterpiece, "Child Of The Seventies," had not been shelved. This record is a great listen-check it out!


BEFORE THE MONEY CAME