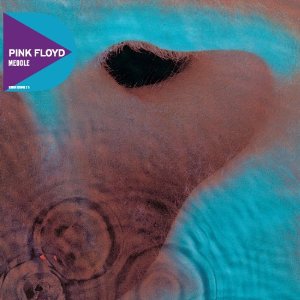 I just read a quote from Steven Wilson of Porcupine Tree, who states that Meddle is the definitive Pink Floyd work.

David Gilmour himself once remarked that Meddle was Pink Floyd's first true album.

Meddle is widely regarded as Pink Floyd’s first concept album, introducing the idea of a theme that can be returned to. The 1971 album features the seminal track Echoes that filled a complete side of the original vinyl release.

Since I am less familiar with this album than their later works, I decided to pull it off of the shelf and give it some listening time. Now you, my faithful readership, have to live through my audio experience.

From the early pounding of "One Of These Days" to the choir that surrounds "Echoes," I can hear in Meddle the "classic" Pink Floyd sound starting to come together.

Meddle is often dismissed as a "transitional" album due to the massive success of it's follow-up, Dark Side Of The Moon, with 1970s-era psychedelia and galloping jams, long, breathtaking suites revealing strains of late-classical music and colliding sounds if acid-drenched proportions.

Meddle is a musical journey showing off a variety of musical styles.

The album's final piece,"Echoes," is an epic sonic journey that stands as one of the band's greatest achievements, with every element that would become synonymous with Pink Floyd crystallized in this one phenomenal song: swirling keyboards, liquid guitar lines and floating vocal harmonies. From first to last "ping", this brilliant near-symphony is fantastic, and at 23 minutes, it is one of Floyds greatest achievements. The music is dense, almost orchestral, and the lyrics from Gilmour and Wright are at once depressing and surreal.

Meddle is Pink Floyd no longer searching, but finding itself , far more focused, melodic, and cohesive then anything before it.