I know at least one regular reader will find this post of interest, as I send her a daily dose of her favorite band. 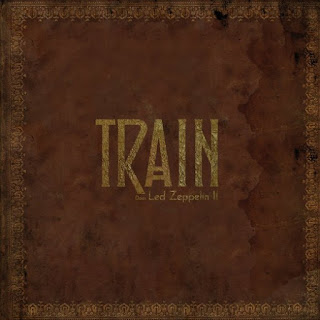 Multi-platinum and Grammy winning San Francisco band TRAIN pays homage to one of their biggest musical inspirations with the release of the first cover album of their career, LED ZEPPELIN II.

The decision to do a Led Zeppelin cover album took shape when the band recently performed the complete Led Zeppelin II album on this year's annual Sail Across the Sun cruise.

"Our favorite band is Led Zeppelin. We love the band. They made a huge impression on our lives musically. So I thought, why don't we record an album just for the fun of it for our fans," said lead singer Pat Monahan. "The hard part was deciding which one."

The 9-track album follows the original Led Zeppelin II track listing including classic hit songs such as "Ramble On" and "Whole Lotta Love." The band has famously covered Zeppelin their entire career in live shows.

All of the band's proceeds from this album will go to their charity of record, Family House in San Francisco, of which they've been huge supporters for years.

Robin, you probably knew that LZ was an influence-I only saw Train once and do not recall a Zeppeling cover being played (but I could just forget), and when I saw this record released, I wondered why. It was not until preparing this post that I found the answer.

Not sure whether this is one for casual fans-they'd probably be better served with the original record.