From the cover of his major label debut, Booty And The Beast, one might expect Popa Chubby to be a rap singer. I know when I heard rocking blues playing in the record store and they handed me that CD, I thought the Zia Records employees were smoking something.

In 1995, I'd just moved to Arizona, and sadly had never gotten the chance to see the man live when living in Philly (a short drive from NYC, where Popa Chubby is based).But I was glad Zia Records played that disc that Sunday afternoon, as 21 years later I still love that record!

I was lucky that Popa Chubby has made a few stops in Phoenix, although it's been more than fifteen years. But he still delivers top notch blues rock, and sadly, remains a virtual unknown on these shores.

This Spotify Playlist  serves as my suggested introduction to Poa Chubby's music-I am hopeful this will interest you enough that you'll visit Popa's website and check out more. 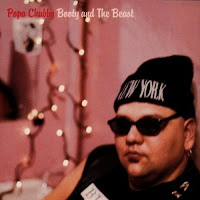 The song they were playing in store was "Looking Back." It grabbed me and did not let go. 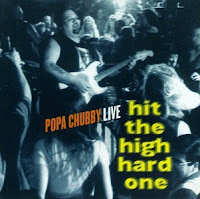 Popa's first live album features a cover of Tom Waits' "Heartattack And Vine," which is even better when you're right in front of him seeing it live. 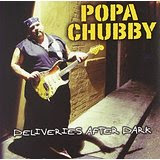 "Let The Music Set You Free" is the anthemic album opener from the Deliveries After Dark record, Popa's 2008 release for Blind Pig 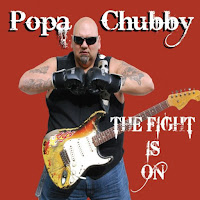 "Another Ten Years Gone" is another anthem chronicling Popa's life over the course of rock and roll history. "Why I Can;t Have You" is a more traditional-sounding blues ballad. 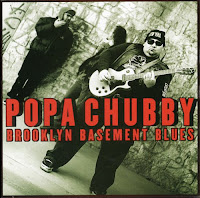 "She Said That Evil Was Her Name" shows the softer funkier side of Popa Chubby's music. 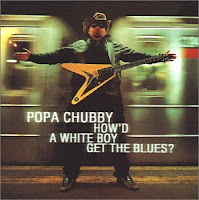 Two songs from How'd A White Boy Get The Blues make the list. First, "Daddy Played The Guitar And Mama Was A Disco Queen, which starts as an acoustic ballad and builds into a rock-rap funk-fest, complete with explicit lyrics!

Next up is the title track, another acoustic-based ballad with some tasty guitar licks. 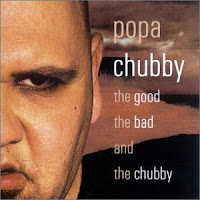 "Sweet Goddess Of Love And Beer" is also from the debut, Booty And The Beast, and is the closest PC has ever come to a hit.

"Somebody Let The Devil Out" was Popa's 9/11 song, written in the aftermath of that tragedy, culled from The Good The Bad And The Chubby.

Finally, "What's So Great About Rock 'N' Roll" is another gem from Hit Thje High Hard One, the first of several live offerings.

So there you have it, assuming the link to the Spotify playlist works. If you like these songs, I hope you'll consider buying a couple of Popa's records-he can use the support and he's that good. And if he plays your town, by all means go!